A wage and hour lawsuit filed against Apple Inc. late last month in U.S. District Court in the Northern District of California alleges the technology firm failed to pay workers for time they were required to spend on the job. 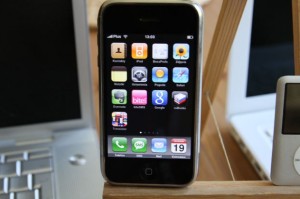 Our Costa Mesa wage and hour attorneys understand that the plaintiffs in Frlekin et al v. Apple Inc. are seeking class action status against their former employer, alleging they were forced to wait in line to be searched at the end of each shift.

The goal of the searches, during which supervisors combed through hourly workers’ purses, backpacks and other personal items, was to ensure that the employees weren’t heisting an iPhone or an iPad or some other device in the course of their shift.

The issue is not so much the search, although one could argue that such anti-theft measures do little to promote confidence and workplace morale. The issue is that workers weren’t paid for the time they were required to stand in line and wait their turn to be searched.

Generally, these wait times ranged from about 15 minutes to about a half an hour. It was a requirement at least once for each and every shift, though sometimes searches were conducted multiple times during a shift. For example, if an employee left the store to take an uncompensated meal break, he or she would first have to wait to have their bags searched before they would be allowed to leave the store.

If workers had been appropriately paid for these off-the-clock security checks, each worker would have made about $1,400 to $1,500 additional wages annually. That is by conservative calculations, based on the assumption that Apple store workers are compensated anywhere from minimum wage to $18.75 hourly.

The workers contend these checks were significant, non-optional and done solely for Apple’s benefit.

Apple is a $7 billion company that employs some 42,000 workers. However, not all of those would be eligible to join the lawsuit, even if the judge does grant class action status. The suit claims eligible class members would have worked in one of the company’s stores at some point during the last three years.

This is one of those cases in which we see employers cutting corners in order to boost their own bottom lines, at the expense of lower-level, hourly workers.

While we all know that workers who put in more than 8 hours a day or 40 hours in a week have to be compensated for that work, employers will sometimes try to get around this by indicating that, as in this case, the employee isn’t technically working – even though he or she is not free to go.

In other cases, employers will improperly classify workers as supervisors, in order to pay them salaried wages and avoid overtime costs. They may have higher titles, but in every other way, they are lower-level workers who should be paid for the hours over 40 they put in each week.

This is not the first time Apple Inc. has been embroiled in a wage and hour dispute. Last year, the company was accused in a filing of conspiring with Google, Pixar, Adobe, Intel, Intuit and Lucasfilm, not to recruit one another’s employees. This so-called “gentleman’s agreement,” which ran between 2005 and 2009, ultimately served to artificially suppress wages for all of those companies.