It is hard to turn on the local news these days without hearing about the struggle for low wage employees in California and their fight for fair wages. We have seen strikes by truck drivers, pleas from restaurant workers, and now, according to a recent article from the My News LA, protests are bringing carts full of petitions for a minimum wage increase into LA City Hall. 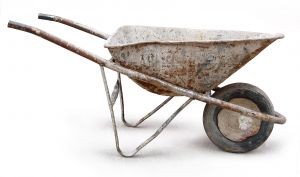 Protesters have amassed cartloads of petitions signed by about 100,000 supports demanding city officials to raise the city minimum wage to $15.25 per hour.   The $15.25 amount comes from one proposal for a minimum wage increase currently being debated in the legislature. Supporters and union leaders say there are about 700,000 Los Angeles residents who currently earn less than $15 per hour and need city officials to back the proposal, enforce the current law, and allow them access to earned sick days of which many workers are currently being denied. They are calling for a law with “no loopholes” and stress that, without effective regulatory safeguards in place, any minimum is meaningless if employers can continue to get away with routine violations.

Currently, Los Angeles Mayor Eric Garcetti has created a proposal to raise city minimum wage to $13.25 per hour, which is what city council members are now considering, along with another plan to raise city minimum wages to $15.25. Those who brought petitions to city hall support this higher amount. The $13.25 minimum wage, if passed, would go into effect by 2017, and the $15.25, if passed, would go into effect by 2019. There is also a provision in both plans to include cost of living increases for future years to keep each respective law current in light of inflation and changes in the economy.

While many business owners claim raising the minimum wage will create such a hardship it will force them out of business or out of the city, as our Orange County employment attorneys can explain, paying people a decent living wage means employees will be happier and more productive. This will cause less people to leave the job, and less turnover means less money spent on training employees. It also means key employee who have already become very efficient will stay on the job, which keeps productivity up. Contrary to short sighted claims an increase in minimum wage will cost more money, in reality it may make many businesses far more profitable. On the other hand, when a worker’s only motivation is to not get fired, that does not lead to a great deal of productivity in many cases.

In addition to these two proposals, city officials are also looking at peer-reviewed studies from UCLA and University of Georgia economists, who will opine as to the economic impacts of both proposals. According to those familiar with the economists’ work and studies, the UC Berkeley study is considered better implemented than the University of Georgia study, and, it should be noted, they are more concrete on effects of the $13.25 increase as opposed to the $15.25 proposed increase.

Thousands of petitions calling for minimum wage hike carted into L.A. City Hall, May 1, 2015, My LA.com