Both California and federal statutes protect employees and job applicants from religious discrimination. Employers are expected to provide reasonable accommodations for the religious beliefs and related practices of workers, unless doing so would impose an undue hardship. 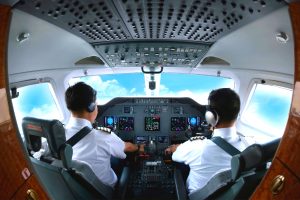 This may seem pretty straightforward, but as one recent case revealed, religious discrimination can take many different forms. In a federal employment discrimination lawsuit out of New York, an Buddhist airline pilot and recovering alcoholic sued his employer over medical clearance stipulation that required regular attendance at AA meetings.

AA stands for Alcoholics Anonymous, and it’s a widely-known 12-step alcohol addiction recovery process that’s been around for 80+ years. Those familiar with the tenets of AA will recall that one of those 12 steps involves faith in a higher power. Specifically, it involves the “belief that a higher power greater than ourselves can restore us to sanity.” According to alcoholicsanonymous.com, while a significant part of the AA model draws from belief in a higher power, which higher power is not actually defined. Members are encouraged to “define a higher power based on their own personal understanding of the concept.” But as the plaintiff argued in this case, there’s little denying that the entire AA program has strong Christian overtones.

As our Los Angeles employment discrimination attorneys can explain, this aspect of the program can be problematic if/when employers mandate participation in the program as a condition of employment.

According to the U.S. Equal Employment Opportunity Commission (EEOC), the pilot was working for a large airline when he was diagnosed with alcohol dependency. Per company police (and federal regulations), he lost his medical certificate issued by the Federal Aviation Administration (FAA). He received substance abuse treatment through his employer’s HIMS program, an occupational substance abuse program that is specifically for commercial airline pilots. One of the requirements for successful completion of this treatment program was regular attendance at AA meetings. As a Buddhist, the pilot objected to the religious content of the AA program. He asked for a reasonable accommodation for his religious beliefs in the form of a Buddhism-based substance abuse peer support group. The airline refused to grant this accommodation. As a result, the pilot was unable to regain his FAA medical certificate – despite his sobriety, and therefore was fired.

The EEOC took up the case, alleging this refusal to accommodate violated prohibitions on religious discrimination in employment, as outlined in Title VII of the Civil Rights Act of 1964. This law requires employers to make reasonable accommodations for a worker’s sincerely-held religious beliefs, so long as it doesn’t pose an undue hardship on operations. According to the EEOC, the airline was not able to show that allowing this employee to attend a different substance abuse support group would result in such a hardship. (Vetting an alternative program may have been a chore, but unlikely an undue hardship, especially for an international airline.) Still, the company dug in its heels and refused to settle, prompting the lawsuit.

Ultimately, the airline did choose to settle rather than proceeding to trial. The company will pay $300k in back pay (two years’ worth of duty) and other damages. The pilot will also be reinstated into the HIMS Program, with the accommodation of a non-12-step recovery support group. The company also agreed to accept similar religious accommodation requests moving forward. New policy will inform employees and supervisors of appropriate religious accommodations.

This case illustrates that while companies have a vested interest in workplace safety and worker sobriety (at least on-the-clock), they should be wary of requiring any sort of treatment or support group attendance with faith-centric facilities or programs. This is not to say that AA can’t be an important resource for employees coping with substance abuse. However, if participation is going to be mandatory, workers with religious objections need to be given other alternatives.

In the future, employers should take heed to avoid required participation in any program with religious overtones – even if they’re vague. That sort of requirement can be viewed as religious coercion and discrimination in violation of federal and California law.

Substance Abuse Under the ADA