Not all state or federal labor laws can be applied equally to all workers. For example, you may know that the U.S. Fair Labor Standards Act requires most employers to pay overtime for any hours worked in excess of 8 in a given day. But if you work in the public sector, the rules may be a bit different (or a lot different, depending on your job title). 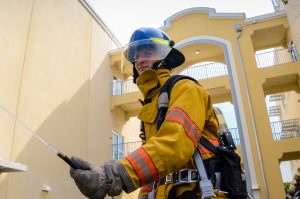 Employees for public agencies such as school districts, fire departments and public works agencies are not entitled to daily overtime by statute.

Still, there are some technicalities, so it’s always best to talk to a Los Angeles employment attorney if you aren’t sure. In some instances, public agency employers may not have violated state or federal law with regard to wage and hour requirements, but there could be violations of the collective bargaining agreement, and a claim could be filed under breach of contract laws.

Do Any FLSA Provisions Apply to Public Workers?

Yes. The FLSA does indicate that certain provisions apply specifically to employees of state and federal government agencies. These include:

The law further says that some employees of state and local government agencies might receive something called compensatory time or “comp time” in lieu of cash payments. In certain conditions, these workers would get time off while being compensated at a rate of 1.5 times their usual rate for every overtime worked. Personnel working in emergency response, law enforcement and fire protection can receive up to 480 hours of comp time. Other state and government workers like teachers, public works employees and others can receive up to 240 hours of comp time. Workers must be allowed to use their comp time on a day they request – unless doing so might unduly disrupt government operations.

Fire protection workers and law enforcement officers could also be paid overtime on the basis of a work period ranging from 7 to 28 days.

The law does say that state law may require a different calculation of overtime than what FLSA outlines for certain government employees (including public hospital workers, mass transit employers and parks and recreation staff). However, employers should note that where state and federal law may be at odds on the issue of overtime, they are to comply with the most stringent provisions. That’s why it’s strongly recommended that employers read up on state laws before exempting/excluding a worker from any benefit.

The FLSA does not require any employer to provide:

What About California Law?

California law offers extensive protections to workers – much more stringent than what is required by FLSA. For example, Labor Code section 510 requires employers to pay rate of 1.5 times the regular for any work done in excess of 8 hours in one workday, 40 hours in one workweek and for the first eight hours on the seventh day in a row of any workweek. Employers have to pay twice the regular rate for any hours worked over 12 in a workday.

There is no provision of the actual law that states this doesn’t apply to public sector employees – but that’s exactly what the California Fifth Appellate District found in the 2009 case of Johnson v. Arvin-Edison Water Storage District. The panel held that unless state labor laws indicate specific applicability to public employers, they are presumed to apply only to the private sector.