Workers at Disneyland in Anaheim, CA are done with the fun and games – at least when it comes to being allegedly underpaid. The California minimum wage lawsuit says the park’s employees aren’t being a living wage. As a result, many have been forced to sleep in their cars, struggle to feed their families and keep up with basic necessities. 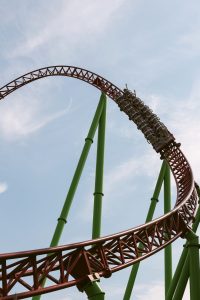 In the Orange County Superior Court lawsuit, the workers accuse the Walt Disney Corporation of unfair business practices and unlawful conduct. The minimum wage in the City of Anaheim is $15-an-hour by ordinance (it’s currently $12 hourly in the state of California).

The plaintiffs, representing some 400 employees at the park, are pursuing back wages, restitution and damages.

Our Orange County wage and hour lawyers aren’t the least bit surprised to hear this. A survey conducted of 5,000 Disney workers two years ago revealed that nearly 75 percent of the company’s employees don’t earn enough in wages to cover basic expenses every month. More than 50 percent said they’d been evicted from their homes. Two-thirds reported they weren’t sure where their next meal was coming from.

Because during the November 2018 election, voters in Anaheim passed Measure L, a ballot issue that mandated a $15 minimum wage be paid by all hospitality employers that receive tax rebates from the city. That minimum wage would increase by $1 hourly each year until 2022. After wages reached $18 hourly, they would be set based on cost of living.

At the time Measure L was being written, Disney had two tax rebate deals with the city that would have made the company exempt. However, rather than simply pay their employees a fair wage, the company opted to terminate their tax breaks with the city.

The big question will be whether termination of those deals in fact leaves the company exempt from the Measure L requirement. Plaintiffs point out that the company received an estimated $500 million in tax rebates from the city in order to build the California Adventure park. The corporation also rakes in $35 million in revenue just on parking fees – for a parking facility it rents from the city for just $1 annually.

Yet the city attorney’s office penned a declaration indicating Measure L wasn’t applicable to Disney because the 40-year bond used to pay for the parking garage were collected through taxes paid by the corporation. It wasn’t a direct subsidy from the city. A representative for Disney said that while they hadn’t yet reviewed the minimum wage lawsuit, they intended to rely on the reasoning of the city attorney that they were exempt.

The question of whether the company may be subject to Measure L requirements is likely to be a tricky one for California courts, which will probably be asked to decide whether the bond credit is in fact a city subsidy. Even if it technically is not, the court could consider whether that was the intent of the voters when they passed Measure L.

The company has nearly $200 billion in assets and generates nearly $70 billion in annual revenue. If the employees are successful, it could mean the company would be ordered to pay millions in back wages.