Any good employment lawyer will tell you that employee rights laws and wage disputes aren’t just about holding corporations accountable. At the core, these actions are about protecting 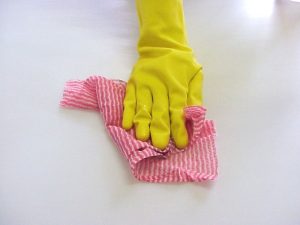 people, defending their humanity, and ensuring vulnerable workers aren’t taken advantage of. We have come a long way over the decades to expand those protections and increase quality of life for more hard-working citizens in California and beyond.

Unfortunately, there are still a number of industries wherein worker protections are scant. Such is the case in Seattle, where the recently formed Seattle Domestic Workers Alliance is pushing for a Domestic Workers Bill of Rights, according to a report from Curbed Seattle. This would include mandated contracts between domestic workers and those who employ them, as well as a commission to oversee domestic labor standards. As our employment lawyers can explain, a domestic worker is someone who works within the household of their employer. This could be a nanny, housekeeper, in-home caregiver, cook, gardener, etc. And right now, in Seattle, this group is feeling more pressure than other workers to try to make ends meet.

A recent survey from SDWA illustrated the issue. Researchers surveyed 174 of the 30,000 domestic workers, focusing on nannies, gardeners, and house cleaners. Results showed 81 percent of respondents would be classified as “very low-income” using standards set by Department of Housing and Urban Development. They said they do not receive the same protections as other employees: 53 percent responded they did not receive overtime pay; 39 percent said they receive no sick time; and 85 percent said they are not protected by workers’ compensation in the event of an injury on the job. Benefits are even more measly, with 54 percent of respondents having insurance – only 6 percent of that provided by an employer. More than one-third of these workers get no vacation days and a whopping 94 percent do not get paid family medical leave.Our experienced wage dispute attorneys in Los Angeles know that many of these issues could be avoided by implementing mandatory contracts for such workers. The survey revealed 56 percent said they did not have a contract. This number grew exponentially among workers of colors, with 88 percent of respondents stating they were not under contract. This is such an important point in this matter as those without a contract are at an increased risk of experiencing illegal actions by their employer.

California established a Domestic Workers Bill of Rights in 2013, extending overtime pay rights to domestic workers (CA Labor Code Section 1454). It also restricts how much meal and lodging provisions can be credited toward minimum wage for domestic workers who receive food and shelter as part of their pay, and mandates such an agreement be formalized before work begins. Such mandates are necessary because it is unfortunately all too common for employers to try to use their power to undercut those who faithfully and diligently provide services to them, even in their very own home. That is why it is vital to reach out to a trusted employment attorney if you are a domestic worker and think your employer might be in violation of local, state, or federal laws designed to protect your rights.