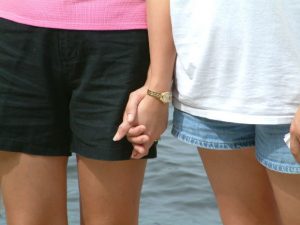 Those figures are part of a larger year-end litigation and enforcement data release from last year. Herein, the agency breaks down all the different types of claims it receives and how those claims were resolved. The agency received more than 91,500 charges of workplace discrimination last year – which is the second annual increase in the number of charges. A total of 97,443 claims were resolved (some of those had been filed prior to fiscal year 2016), and a total of $482 million collected for victims of workplace discrimination in both the private and government sectors.

This is the first year the commission had broken out any kind of detailed information about LGBT claims in its annual summary. The federal government doesn’t expressly protect LGBT rights, but discrimination on this basis falls into the category of gender discrimination. In 2013, the first fiscal year the agency started tracking these claims, there were reportedly 808. Then in 2014, there were 1,412, which represents a 119 percent increase. Then last year’s 1,770 claims marked a 25 percent annual increase.

In looking at the number of resolutions of these claims, the LGBT cases that were resolved jumped from 1,135 to 1,649 – an 45 percent increase.

The EEOC commissioner told a reporter with The National Law Journal that the increase in LGBT discrimination claims can be attributed to the fact a growing number of people in this cohort are learning about their rights and of the means available to them to correct these wrongs. She doesn’t presume that more discrimination is happening. Rather, more people are taking action against it.

Last year, specifically with regard to sexual orientation and gender identity discrimination, the agency recovered nearly $4.5 million in damages. That was a 33 percent boost from the $3.3 million collected in 2015. Those figures included back pa, plus compensatory and punitive damages for the workers who were targeted for discrimination.

The EEOC increased its vigilance on LGBT issues under the Obama administration. For example, the commission in an administration ruling in the summer of 2015 held that discrimination against LGBT persons on the basis of their sexual orientation necessarily is part of the protections against gender-based discrimination laid out in Title VII of the Civil Rights Act. The case was Baldwin v. Department of Transportation. Additionally, we know that the commission lent support to a number of plaintiffs who filed similar claims on their own in federal appellate courts, including the Seventh, Eleventh and Second circuits.

All of this has put employers on notice and hopefully more vigilant in guarding against such discrimination.

However, it’s unclear at this point whether that will continue under Trump. We do know that as governor of Indiana, Vice President Mike Pence was a staunchly opposed to furthering LGBT rights, such as marriage.