California Supreme Court has ruled that employers must pay hourly employees for tasks that are performed off the clock, no matter 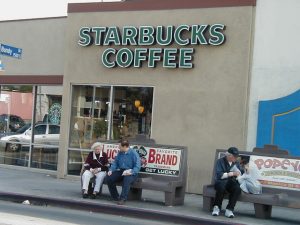 how menial. The case at hand involved Starbucks Corp. and a shift supervisor who claimed the company was taking advantage of outdated laws that allowed for some responsibilities to be completed after workers have clocked out, according to a report from Wall Street Journal.

Plaintiff filed a lawsuit in 2012 describing the tasks he was responsible for completing after he had already clocked out for the night, including not only activating an alarm system and locking the door, which would be typical tasks expected after clocking out, but also transmitting sales records to corporate. He said over time, these extra minutes after each shift add up. After a dismissal and an appeal of the case in the lower courts, the state Supreme Court agreed employers should be responsible for compensating employees for work done during this time. Employers have long been hiding behind standards that give leeway where leeway is no longer needed to pocket incalculable savings over time.

As our L.A. wage theft lawyers can explain, Fair Labor Standards Act allows for short tasks to be performed off the clock. According to 29 U.S. Code Ch. 8, Sec. 203 (o), built within the definition of “hours worked” is an exclusion which specifically calls out “any time spent in changing clothes or washing at the beginning or end of each workday” as not being necessary to include in clocked time. This exemption is frequently extended to any minor activities typically related to preparing for work that are not convenient to track. For example, if there is a physical device for clocking in and out, an employee would have to clock out before completing lock-up routines if they were a part of the closing shift. Some employers will also sometimes include security checks and brief meetings during this off time, and many have come under fire for doing so.

This is where the high court says employers are taking advantage of an old rule that does not account for new technology. Time tracking has become much more sophisticated since FLSA was passed in 1938, and companies must utilize such technology to track and compensate workers for regularly occurring off-the-clock work, no matter how small the task. Some have already expressed concerns that the use of the word “regular” in this case could lead to employers taking advantage of irregular tasks performed off-the-clock, but let us hope that by being irregular, those occurrences will not be frequent and will not add up to a significant loss to the employee. This, however, is certainly something our experienced employment attorneys will be keeping a close watch. For every protection our laws provide, there will always be an employers looking for a loophole or a way to dodge responsibility. That is why our legal team fights so hard for the rights of employees in court. We are proud to stand up for those who cannot stand up for themselves against the might of large corporations and help to make sure every single penny you have earned remains in your pocket where it belongs.