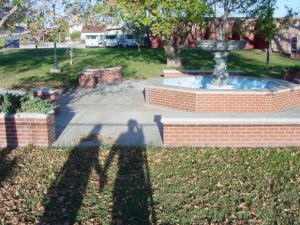 The key question is whether the worker, Hively, is protected by Title 7 of the Civil Rights Act of 1964 and can take action against a company that refused her advancement at work the basis of her sexual orientation as a lesbian. As it now stands, federal workplace laws do not protect people who are gay, lesbian, bisexual or transgender, though some state-level laws do. California prohibits discrimination on the basis of sexual orientation and gender in the realms of employment, housing and public accommodations.

The case before the 7th Circuit involves a math teacher from Indiana. She alleges she was repeatedly denied promotions and ultimately fired from the Indiana community college where she worked due to her sexual orientation. She filed a federal lawsuit against the college in 2014. Several months later, in 2015, judges dismissed her claim, finding she had failed to state her claim under Title VII, which prohibits workplace discrimination based on gender, but not explicitly sexual orientation.

A panel of three appellate judges for the 7th Circuit affirmed that ruling in July, but later, all 12 on the circuit voted to vacate that ruling and rehear the case.

Plaintiff did not attend the latest hearing because she was at work at her new job.

The case goes back to 2009, when someone at her job reported having seen plaintiff kiss her girlfriend in a campus parking lot. An administrator later issued a reprimand against plaintiff for “sucking face” and chastising her for being unprofessional. At the time, she was an adjunct teacher.

Over the next four years, she says, her treatment by administrators got progressively worse. She was denied full-time status repeatedly, despite numerous applications, and she was ultimately fired in 2014. It took her more than a year to find another position in her field.

She initially filed the lawsuit herself because she couldn’t find an employment attorney willing to take her case. She eventually found an attorney who took on the matter pro bono.

Plaintiff would later opine that her former employer took away from her the one thing on which she had always prided herself on: Her independence. Not being able to make a living, after many years of hard work, stripped her of a significant aspect of her self-worth.

Plaintiff’s attorney argued during the latest hearing that discrimination against one’s sex and discrimination against one’s sexual orientation are in essence the same thing. He asked the judges to apply a more broad interpretation to the statute that was written 50 years ago. In support of this legal theory, he cited the 1989 U.S. Supreme Court case of Price Waterhouse v. Hopkins, in which the court ruled that Title VII protects against discrimination that is based on failure to conform to gender norms. He explained it’s illegal to fire a woman because she has tattoos or enjoys football or rides a motorcycle, but it’s somehow Ok to discriminate against her for being a lesbian.

An attorney for the college argued for a strict interpretation of the statute, starting by pointing out that the term “sex” strictly refers to a man or woman. The chief judge was quick to shoot back, “Well, we’re here to reconsider that.” She and the other judges reportedly struggled during the hearing to distinguish between discrimination that stems from one’s sex versus one’s sexuality.