In the State of California, it is illegal for employers to discriminate against employees or applicants who are of a protected class. Common forms of workplace discrimination include those on the basis of race, religion, age, pregnancy, gender and medical conditions/disability. Employees or applicants who have been discriminated against in any aspect of employment can pursue a lawsuit against their employer for damages. 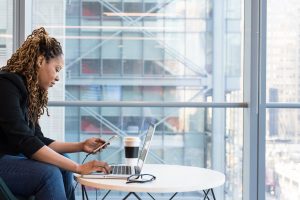 As Los Angeles workplace discrimination lawyers, we don’t expect potential clients to be familiar with the process. In all likelihood, this is the first time you’ve ever even considered taking such action. Our dedicated, compassionate legal team is here to answer your questions and guide you through the process.

Here, we’re offering some general insight into how it works.

Typically, before you can file a California employment discrimination lawsuit, you must first file a complaint with the Department of Fair Employment and Housing (DFEH). Claimants usually must exhaust all administrative remedies first, meaning the complaint has to be processed through the DFEH complaint process first. An attorney can help you file this complaint, and there will be a limited window of time in which to do so.

(It should be noted that in some cases, you may need to file a complaint with HR first because otherwise, the employer might not be liable. For example, in the case of sexual harassment against a co-worker, the employer would only be legally responsible if they knew/should have known harassment was occurring and failed to take immediate and appropriate corrective action. An employment attorney can advise you on whether such notice is required in your case.)

You can ask for an immediate right to sue notice and bypass the complete DFEH or EEOC investigation processes. This is (per the DFEH) only advisable if you have hired an experienced employment lawyer. Generally, it’s our stance that if you’ve got a strong case, there’s no reason to wait. Your claim won’t be investigated by the state, but your lawyer can file a right to sue notice and then file your case in the appropriate California Superior Court.

Alternatively, you can wait to file until the state dismisses your case or finds no violation. Such a finding is not an indication that you have no case. In fact, the DFEH, with its limited resources, often finds “insufficient evidence” of discrimination. You should consult with an experienced attorney anyway.

Once you file your lawsuit (referred to as the “complaint,”) it will be served on your employer and any other named defendants, who will have an opportunity to respond with a formal answer. Civil employment discrimination litigation can take many months or years to resolve. However, most will be resolved prior to trial.

Typically, settlements occur after “discovery,” when both sides have an opportunity to review all the evidence. A settlement can occur at any point before the court makes a final ruling. Lawsuits that aren’t settled will go to trial either before a jury or a judge. The judge/jury will hear the evidence and arguments from both sides before making a finding for/against you. If the decision is in your favor, there will be another determination on what damages should be awarded.

How Do I Even Know if I Have a Discrimination Case?

It’s often tough for workers who’ve endured employment discrimination to figure out on their own if they’ve got a case because a lot of it is so subtle. This is increasingly true because companies know they can be held liable for discrimination, so they’re often pretty careful not to be overt or put anything in writing. But that doesn’t mean we can’t help you prove discrimination was the motivation for the adverse employment action taken against you, whether it was harassment, retaliation, lost opportunities or firing.

It should be noted that supervisors in the same protected class as the employee/prospective employee can still discriminate against them on that basis. For instance, an older supervisor can still engage in age discrimination.

Workplace discrimination in California doesn’t just affect minorities, and both California and state law have extensive protections for workers in many classes – even those who are perceived to be in a protected class (i.e., someone who is presumed to be gay because of how they speak or dress).

Some laws against employment discrimination also extend to labor organizations and unions as well.

If you have questions about whether you have a case or what your next step should be, our Los Angeles employment discrimination lawyers can help.