The State of California can begin enforcing a labor law geared to combat employee misclassification that trucking companies say will force them to eliminate the use of independent owner-operators. The 9th Circuit Court of Appeals ruled that a judge in San Diego was wrong to hand down an injunction barring the state’s labor commissioner from enforcing the 2019 Assembly Bill 5. 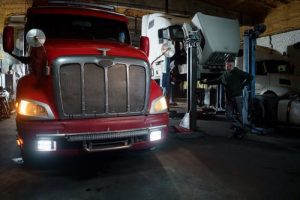 The statute codified the 2018 ruling in Dynamex Operations W. v. Superior Ct. by the California Supreme Court, formalizing the so-called “ABC Test” of ascertaining when a person is an employee or an independent contractor.

As our Los Angeles employment attorneys can explain, employee misclassification has long been a serious problem in California, with companies intentionally classifying workers wrongly as independent contractors rather than employees to avoid responsibility for things like minimum wage, required breaks, workers’ compensation insurance coverage and more.

The ABC test creates a strict checklist for ascertaining employee status. The law establishes the presumption that truck drivers – like most other workers – are employees unless certain conditions of the ABC test are met.

This has not gone over well with the California Trucking Association. The organization argues that the state law is preempted by a U.S. law which bars any state from the imposition of restrictions on the price, route or service of motor carriers, which are federally regulated.

However, the majority on the appellate panel pointed to a number of other state labor laws previously upheld, despite their potential impact on costs. The majority opinion noted that the general applicability of these labor laws pertained to the relationship between the motor carrier and its workers. Specifically, they were about things like compelling a certain level of wages or preventing employment discrimination in hiring and firing. These may impact rates, routes or services, but they aren’t significantly related to those, the court held.

This new ruling is likely to impose some sweeping new employment practices as well as liabilities for workers’ compensation on both trucking companies and the insurance companies that cover them.

Labor rights advocates praised the ruling, saying it affirms the state’s right to protect workers from unfair employment practices. The International Brotherhood of Teamsters released a statement saying drivers who are performing the work of a trucking company are in fact employees, not independent contractors.

But the CTA may not be giving up the fight. The organization still has the option to request reconsideration by the appellate panel. It could also appeal to the U.S. Supreme Court. Given what’s at stake, that’s not outside the realm of possibility.

What is the ABC Test?

As our Los Angeles employee misclassification attorneys can explain, the ABC test to determine worker status asks whether:

Truckers and the association argued that motor carriers are never going to be able to meet part B of the test, and thus are going to be subject to heavy civil and criminal penalties if they keep using owner-operators as-needed to meet customer demand. The allegation is that if California regulators enforce AB5, they’ll be in violation of the Federal Aviation Administration Authorization Act passed in 1994 that aligned trucking with aviation for deregulation purposes.

Some industries, including the motion picture industry and ride-hailing companies like Lyft and Uber, are exempt from the ABC test. However, there is no such loophole for the trucking industry.

In ruling against the trucking association, the 9th Circuit panel noted that there is a distinction between laws that are significantly correlated with rates, routes or services and those that have a tenuous relationship.

One of the three judges dissented, ruling the law does seriously impact the services motor carriers can offer.