While the Army is preparing dedicated men and women to be brave and strong and defend our country, it does not prepare them for one terrible challenge no one wants 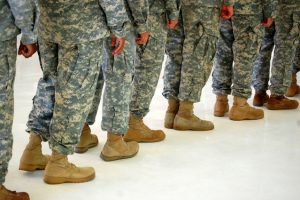 to face: losing their job. Even worse is when military status discrimination is suspected to be the cause of the dismissal.

This brings us to Austin, Texas, home of a nonprofit technology company currently being sued on allegations it wrongfully fired an Army Reservist in 2016 shortly after he returned from fulfilling military obligations as a result of him completing those duties. The U.S. Justice Department, who filed the lawsuit jointly with the U.S. Attorney’s Office for the Western District of Texas, says this is in direct violation of the Uniformed Services Employment and Reemployment Rights Act. This act, U.S. Code, Chapter 43, Part III, Title 38, states that “a person who … has an obligation to perform service in a uniformed service shall not be denied initial employment, reemployment, retention in employment, promotion, or any benefit of employment by an employer on the basis of that membership, application for membership, performance of service, application for service, or obligation.”

The employee was a lieutenant colonel who had served in the Armed Forces for 22 years. The lawsuit, filed in U.S. District Court, Western District of Texas, Austin Division, is seeking an amount equal to lost wages and benefits for plaintiff.

Our Orange County military status discrimination lawyers know that for reservists, who are not on military assignment full time, such protections are especially important. Reservists must be able to work while being given the flexibility to leave for mandatory military duties without fear of losing their civilian job. In the case at hand, the employee had to be away from the office four weeks each year. He lost his program manager job not long after his return from the U.S. Military Academy’s West Point Admissions, according to a report by Austin American-Statesman.  The lawsuit claims these concurrent events are evidence that his military service was a motivating factor in the termination.

According to USERRA, defendant must now prove that employee would have been dismissed regardless of military service. But here, too, plaintiff has a strong case, considering he had been with the company for three years, had seniority over others who kept their jobs, had positive performance evaluations, and completed unique responsibilities that were not being handled by any other employees, according to the lawsuit.

Plaintiff originally filed a compliant with Department of Labor’s Veterans’ Employment and Training Service, which tried to mediate a resolution after investigating the matter. When no resolution could be reached, the case was referred to the Civil Rights Division of the Justice Department.

Our knowledgeable attorneys are proud of the protections our military heroes give this country. And we are proud that the law protects those who serve from discrimination and wrongful termination in the workplace. It is our honor to use our years of experience to help protect the rights of military members in Orange County against workplace discrimination resulting from their service. Secure employment should never be among the things our military members are forced to sacrifice.