Businesses, especially large corporations, have been gradually using more temporary workers to reduce wage liabilities and evade other regulatory and compliance measures. Another growing trend is the use of ‘perma-temp’ workers or long-term temporary workers managed by staffing agencies rather than direct employers. These workers are often found on farms, in factors, hotel rooms, restaurants and a wide range of other industries. Such temps significantly reduce wage costs and other liabilities for employers. Now California activists and legislators are looking for a legal solution to stop the use of ‘perma-temp’ workers and to establish protections against abuse. 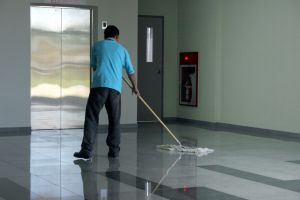 The rise of the use of perma-temp workers has been an alarming shift, causing an uproar among workers, labor unions and other advocates. The use of staffing agency to manage temporary workers and handle wages lets big companies off the hook. Now a legal battle between labor and businesses is gearing up in Sacramento and could signal a legislative shift in California. Our Orange County employment attorneys are committed to protecting the rights of workers in California and can protect your rights in any wage and hour dispute. We are also committed to staying abreast of legal issues and trends that impact workers’ rights in our community and nationwide.

According to a report published by the National Employment Law Project, low-wage temping grew 41% between 2008 and 2012. There are approximately 3.4 million staffing agency jobs last year which makes up 2.25% of all employment. This shift from permanent employees to temporary staff workers creates as system of disposable workers without rights. Evidence has shown that the use of perma-temp workers allows contractors to exploit legal loopholes, flout safety regulations, skirt overtime and wage requirements, and avoid workers’ compensation and unemployment insurance benefits. Workers who challenge the system or seek to assert their rights can quickly lose their position and staffing agencies simply move on to the next hire.

Many workers have the exact same duties and qualifications as full-time employees, but are paid far less and do not enjoy benefits. These perma-temp workers are also denied sick days, vacation and health insurance. Some are tempted to stay on with the future promise of full-time hiring or employment. Now worker advocates, labor unions, and legislators are hoping for a legal shift to stop the abuse of staffing companies and corporations.

Industry trade groups, large agricultural businesses, and other corporate lobbyists are fighting the bill. Supporters of the system claim that they follow California and federal labor laws. Agencies give the employers “flexibility” so that they can concentrate on “core operations.” Critics say it is precisely this “efficiency” that contributes to the strategic efforts to avoid labor laws and benefits.

The Hernandez Bill (AB 1897), would make both contractors and client companies jointly liable for wages, accurate reporting, benefits, tax deductions and insurance coverage for victims. Advocates of the bill fear a ‘race to the bottom’ mentality that is pervasive in many industries looking to reduce costs and bolster the bottom line by abusing and denying rightful benefits to workers.