Roughly 70 workers at a private, non-profit museum in Los Angeles is facing a possible class action lawsuit for allegedly violating California’s WARN Act, which compels employers to offer at least a 60-day advance warning both to employees and local government agencies if there will be a plant closure, major relocation or mass layoff. As our Los Angeles labor lawyers can explain, the Worker Adjustment and Retraining Notification Act, found in California Labor Code 1400-1408LC, entitles workers denied this notification to receive back pay and benefits for the period of violation (the period by which their advance notice fell short of those 60 days). 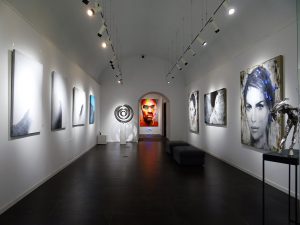 While most of the Golden State’s wrongful termination laws pertain to the rights of individual employees, the WARN Act protects workers fired/laid off in connection with a mass layoff (50 or more workers laid off within 30 days of each other), a company closure or relocation of substantial business activities to a physical location more than 100 miles away. The law only applies to companies that have employed 75 or more workers in the year preceding, and companies are exempted if the closure/layoffs/relocation is due to some act of war or physical calamity. It’s similar to the U.S. WARN Act, 29 USC;2104(a), but extends greater worker protections.

This kind of advance notice is key for workers and their families, who will need time to transition and adjust to employment loss and seek alternative income sources and/or job training while still providing for their family in the immediate future. The reason local government is included in this notification is that the California Employment Development Department has an established Rapid Response Team to aid both employers and employees in the midst of a mass layoff or company closing. They offer information about dislocated worker services available, unemployment insurance options, income support and assistance with job training and job searches.

In the recent dispute in Los Angeles, the Marciano Art Foundation reportedly laid off dozens of workers following several weeks of low attendance. Plaintiffs allege this is just a pretext, and the actual reason for the wave of layoffs was in response to a unionization attempt by workers. This supposition is based on the fact that the museum abruptly closed less than a week after visitor service associated announced their plans to unionize. (The New York Times reports similar unionization efforts have taken place at museums across the country.) If that’s true, the terminations would be not only wrongful but retaliatory.

Former employees are seeking class action status and ask compensation for back pay and the value of loss benefits, as well as an injunction barring the company from engaging in further illegal labor practices.

An attorney for the foundation (headed by the same two brothers who built the GUESS clothing company empire) said he believes the lawsuit is without merit.

The museum opened two years ago and displays thousands of pieces of artwork by prominent, in-demand artists in a former Masonic Temple, open free to the public. The foundation released an announcement earlier this month that it was closing for good. The company’s website has since been taken down.

Museum Workers Across the Country Are Unionizing. Here’s What’s Driving a Movement That’s Been Years in the Making, Nov. 25, 2019, By Catherine Wagley, ArtNet News