Little more than one week after McDonald’s Corp. fired its chief executive officer for reportedly having a romantic relationship with a subordinate, a former employee is suing the fast food chain, alleging sexual assault by a manager is part of a larger culture of sexual harassment in the company. The former CEO could get a payout of an estimated $70 million. 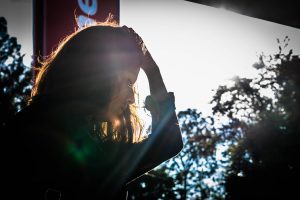 The class action sexual harassment lawsuit filed in a Michigan state court as hundreds of workers for the company in that state prepared to strike in protest of the company’s handling of such claims. Workers for the firm are demanding the protection of a labor union. The company is facing more than 50 complaints from employees and former employees who allege the work environment at the restaurant chain is sexually hostile.

In the recent Michigan lawsuit, The New York Times reports plaintiff was subjected to sexual harassment and sexual assault repeatedly over the course of two years working for the company. The manager allegedly groped her, called her by offensive names and once placed his genitals in her hand while they worked beside one another in the kitchen. These incidents, she says, were a daily occurrence, and she was in constant fear of losing her job. She reportedly filed numerous complaints with her general managers, but the complaints were ignored, she said.

Earlier this year, the company established a sexual harassment reporting hotline for workers, and also reportedly bolstered anti-harassment, discrimination and retaliation policies. New training was also introduced. Problematically, though, 95 percent of McDonald’s workers don’t have access to these added protections because they are employed by franchises. As our Orange County sexual harassment lawyers can explain, large corporations like McDonald’s who follow the franchise model are reticent to exert control over franchise operations and employees because it would give employees a stronger argument for joint employer status, meaning they would be more likely to be held liable in employment lawsuits like this one.

In a written response, a spokesman for the company said efforts are underway between corporate and franchise offices to ensure safer workplaces.

Workers in nearly a dozen cities went on strike last year to demand corporate action on the problem of sexual harassment.

A report by the Equal Employment Opportunity Commission revealed women in low-wage positions are often among the most vulnerable to on-the-job sexual harassment and sexual assault. They include employees in the following sectors:

These are among the claims most reported. Another report by the Center for American Progress revealed almost three-fourths of sexual harassment victims suffer retaliation when they do report.

Another problem for lower income workers is that they are more likely to be independent contractors. While Title VII of the Civil Rights Act expressly prohibits employment discrimination on the basis of gender (among other things), this does not cover independent contractors. That means a federal lawsuit through the EEOC is off the table for many of these workers.

Last year, former California Governor Jerry Brown vetoed AB-3081, which would have amended both FEHA and the California Labor Code to make businesses jointly liable for harassment of workers supplied by a labor contractor. Existing law extends liability for a contractor’s family to pay wages and seek a valid workers’ compensation claim. However, the state’s sexual harassment law does extend statutory protections to applicants and independent contractors, as well as unpaid interns and volunteers.

If you have been a victim of sexual harassment in Southern California, our dedicated legal team can help.

Former McDonald’s worker alleging harassment says she was “in fear” of losing her job, Nov. 12, 2019, By Anna Werner, CBS News