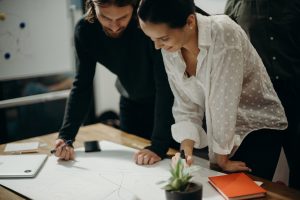 Los Angeles labor law attorneys can explain that under existing law, employers (or those acting as officers/agents) who fail to pay a worker less than minimum wage can be subject to citation and penalties from the Labor Commissioner. However, that power of enforcement does not extend when workers are paid in excess of minimum wage – yet should be paid more according to their employment contract.

The current minimum wage in California is $12 hourly for companies with more than 25 workers and $11 hourly for employers with fewer. It will increase as of Jan. 1, 2020 to $13 and $12, respectively. Many local minimum wages are also set higher by ordinance because of higher costs of living in those areas. Many of those minimum wages are set to rise too. Minimum wages will rise again another $1 on Jan. 1, 2021.

If a worker and an employer agree to a set rate for wages above the state minimum and the employer violates that agreement, the main recourse would be to file a breach of contract lawsuit. These can be expensive, and not all law firms will take them on a contingency fee basis (i.e., “we don’t get paid unless you win”). Depending on the amount an employee was allegedly shorted, it may not be worth the time and expense to pursue this avenue.

SB 688 aims not to let those employers off-the-hook, especially when they underpaid numerous employees in the same manner. It provides another avenue of accountability via the Labor Commissioner. with the change in the law, if the Commissioner finds an employer in violation of a contract wage agreement in excess of minimum wage, the agency can issue a citation and recover restitution in the amounts owed.

For a first-time, intentional violation, the penalty is $100 for each underpaid worker for every pay period that it occurs. Second violations will be penalized with a $250 fine per worker, regardless of whether the violation was intentional.

Further, existing law requires employers filing a writ of mandate with the court to contest Labor Commissioner civil penalties must post an undertaking (written promise of monetary payment as security for performance of particular act in a legal action). As it stands, some or all of that is forwarded to the worker in the event the employer doesn’t pay the court’s judgment on wage and hour violations and damages. Changes to the law will instead have that undertaking sent to the Labor Commissioner “for appropriate distribution.”