The American Disabilities Act protects individuals who suffer from physical or mental disabilities against discrimination. According to reports from the Equal Employment Opportunity Commission , the owner of a McDonald’s franchise in Oakhurst and the affiliated property management company illegally discriminated against an employee because of his cerebral palsy. EEOC reports indicate the worker suffered unlawful demotion and was forced to quit. In response, the EEOC has filed a disability discrimination lawsuit against McDonald’s. 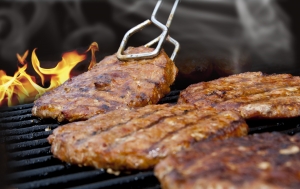 The EEOC is the federal agency charged with ensuring compliance with federal labor and employment laws. According to the agency, the employee had worked for a prior owner of the Oakhurst McDonald’s without facing any difficulties or discrimination since he was first hired in 2006. He was a valued employee and was even promoted from a crew member to a floor supervisor after two years of working at the location. Co-workers and former supervisors regarded him as a highly capable and a good employee.

In January 2008, Alia Corporation assumed control of the restaurant. The company owns and operates over 20 McDonalds’ franchises throughout the Central California area. Within a few months of taking over the Oakhurst location, the management company demoted the employee to janitorial duties, reduced his hours and cut his wages. The EEOC reports as a result in the significant loss of wages, the employee was forced to quit less than six months after the Alia Corporation take over.

The EEOC has filed a lawsuit against Alia Corporation and McDonald’s in the U.S. District Court of the Eastern District of California after attempting to reach a pre-litigation settlement. According to the lawsuit, the Alia Corporation violated the Americans with Disabilities (ADA) by engaging in disability discrimination. The lawsuit is seeking back pay, compensatory, as well as punitive damages on behalf of the employee. The agency is also seeking injunctive relief to prevent future acts of discrimination.

As this case illustrates, employers may discriminate against the disabled based on preconceived notions of abilities. By law, employers must not let stereotypes related to individuals who suffer from disabilities interfere with job placement or duties. An attorney working for the EEOC and representing the employee in this case asserts that the company in this case illegally denied a disabled person the right to earn a living. The McDonald’s employee lost his ability to earn a living simply because of misconceptions and prejudices about his disability. Current laws against disability discrimination extend to those who suffer from physical or mental conditions.