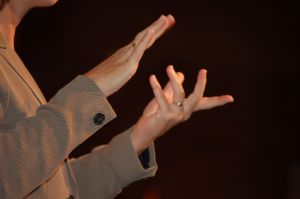 In the event of sexual harassment in the workplace, employees should remember that they do have rights and can take legal action against an unlawfully acting manager or company that fails to respond to reports of misconduct. Our Orange County employment lawyers offer experienced and strategic advocacy to protect the rights of our employees. We are committed to raising awareness to prevent future incidences of sexual harassment and will aggressively protect the rights of victims through negotiation and settlement, or litigation and jury verdict.

In this case, the EEOC filed a lawsuit in the U.S. District Court for the Eastern District of California in September of 2012. The EEOC  previously tried to reach a settlement through its conciliation process, but to no avail. The monetary relief will be paid to the victims and Braun Electric also agreed to retain outside, experienced, equal opportunity counsel to monitor, review and revise its existing sexual harassment policies and procedures. The company must overhaul its process, especially in regards to discrimination, harassment, and retaliation for reporting claims. The company has also agreed to provide training to prevent future misconduct. The EEOC says it will continue to monitor Braun to ensure compliance with the decree.

Attorneys for the EEOC have spoken out on the case, announcing a dedication to ensuring improved internal polices at Braun Electric. In addition to recovering compensation for the victim, the agency aims to overhaul internal policies and practices to prevent future misconduct, abuse and retaliation for reporting sexual harassment. Employers are required to make sure that supervisors are trained on the laws of workplace harassment as well as handle instances of sexual harassment. The EEOC is committed to preventing workplace harassment through investigation and litigation.