A new labor law in California seeks to aid janitorial workers in the fight against sexual harassment and sexual assault on-the-job. Assembly Bill 1978 was signed recently by Gov. Jerry Brown (D) with the goal of helping property service workers understand what their rights are and to protect themselves from sexual harassment. 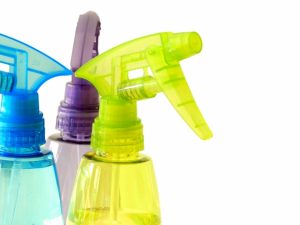 Janitorial employers will now be required to register with the California Division of Labor Standards Enforcement, which will provide in-person prevention training on sexual violence and sexual harassment for both workers and employers. Workers and supervisors will receive written pamphlets that detail what sexual harassment is and what resources are available if it happens to them. The registration requirement will officially begin July 1, 2018. Those who don’t comply with the statute could face revocation of their license or be required to pay a maximum $10,000 in fines.

Sponsored by Assemblywoman Lorena Gonzalez (D-San Diego), the bill promises to add both transparency and accountability in an industry that typically employs a high number of disadvantaged workers (Latina females in particular) who are vulnerable to sexual harassment and sexual violence because they often work alone, night shifts and fear deportation if they complain. Gonzalez said these workers need appropriate training and protections to ensure their safety and adequate recourse when a crime or legal violation does occur.

One worker’s story was recently detailed by KCRA-3 in Sacramento. She was one of the subjects in a PBS Frontline documentary called, “Rape on the Night Shift.” The undocumented mother of three described how her supervisor on the night shift sexually assaulted her and then threatened to call immigration to deport her if she said anything. Fearing for the loss of her job or being separate from her children, she never did.

The U.S. Department of Justice reports eight percent of all rapes nationally occur while the victim is at work. Every single day, an estimated 50 workers are sexually assaulted on-the-job. These crimes are among the least reported to law enforcement agencies.

One of the largest janitorial companies in the nation, ABM, has faced three sexual harassment lawsuits since 2000, each of which filed by the U.S. Equal Employment Opportunity Commission. These lawsuits allege the firm failed to protect its female workers from assault and did not respond appropriately when complaints of rape or sexual harassment were filed. In 2010, the firm agreed to settle a lawsuit filed by 21 of its former female employees for nearly $6 million. The workers alleged the company did not protect them from sexual harassment.

The U.S. Bureau of Labor Statistics reports that while 70 percent of employers offer sexual harassment training and 98 percent have some type of internal sexual harassment policy, there continues to be a high rate of sexual harassment claims filed with the EEOC. Just in 2015, there were 6,822. Sexual harassment is by no means limited to low-wage workers, either. There are reports that it proliferates in engineering, science, medicine, academia and media. A 2015 survey found that 1 in 3 women between the ages of 18 and 34 has been sexually harassed at work, yet 71 percent of those victims never report these violations.

Much of the under-reporting has to do with a legitimate fear of retaliation.