The California age discrimination lawsuit against tech-giant Google may soon grow exponentially. A federal judge in San Jose recently approved the case’s collective action status. That means certain software engineers over the age of 40 rejected for Google jobs following an in-person interview over the last two years are now able to join the lawsuit. That could mean thousands of additional plaintiffs will be eligible to join the action. 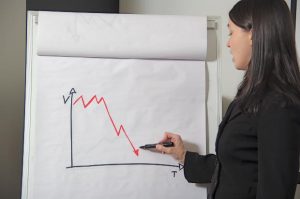 In an artful, 17-page opinion, Judge Beth Labson Freeman posed the question, “How does age factor into one’s Googleyness?” At the heart of the case, plaintiffs seek to expose Google’s hiring practice and larger corporate culture as one that puts a prime value on youth, and considers age a detriment (as opposed to an asset with the benefit of experience).

Google has responded by sharply denying the allegations, asserting they are without merit and vowing to continue vigorously fighting against them. The company has asked to dismiss the complaint, citing its anti-discrimination policies. Freeman rejected this request, saying that while nearly all companies have such policies, it’s not necessarily proof that age discrimination wasn’t happening.

Freeman’s order means now that others who may be similarly situated as the original plaintiffs may opt into the case, though Google has since filed a motion to decertify the case.Plaintiff’s odds of winning that particular battle are good, as a recent report from Law360 noted that there is an increasing trend toward a low threshold initial stage for Fair Labor Standards Act lawsuits, with state and federal courts granting conditional certification in 75 percent of all cases. That is an increase of 70 percent from just a year earlier. Even in the more stringent second phase of these class action cases, plaintiff attorney’s have beat decertification in 64 percent of all cases, which is an increase from the 52 percent of plaintiff wins on this front in 2014.

Overall, class action labor lawsuits are at an all-time high, with a 450 percent increase since 2000. Expectations are that when 2016 comes to a close, it will be a “record year” for FLSA lawsuits – including those that focus on age discrimination. In fact, almost all FLSA lawsuits are filed as collective actions. This is not necessarily indicative of friendlier courts, but of the fact that skilled employment lawyers are increasingly entering this arena.

The Google case many in California are watching closely not only because of the brand recognition of Google, but also because there are many other tech companies and start-ups – particularly in Silicon Valley – with a corporate culture that prizes youth. If the Google plaintiffs are successful, it will no doubt give rise to other age discrimination lawsuits.