A novel California law that empowers an unelected council to set both wages and working conditions at fast food restaurants is facing fierce opposition from wealthy business and restaurant lobbyists. State labor unions want to protect the law, which they say is the most significant win for organized labor in decades. 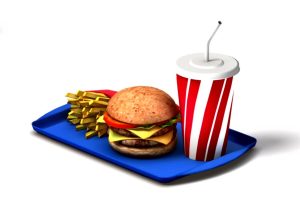 The blowback is primarily coming from national business groups – including the U.S. Chamber of Commerce – which are seeking not only to see the law overturned in California, but to block similar movements in other states.

As our Los Angeles employment lawyers can explain, California has positioned itself as a leader in labor rights, particularly over the last few years. Lawmakers here have enacted one worker protection measure after another, and other state union and worker lobbyists have been closely watching these developments, analyzing which may work in their own regions. Political analysts are predicting these measures could soon take root in other states, particularly those majority-controlled by Democrats.

Per the U.S. Department of Labor explains that fast food workers are entitled to:

Historically, employees in the fast food industry have been sorely lacking in workplace protections. One recent Harvard study found that California fast food industry workers are on average paid $3 less per hour than workers in similar sector jobs in the state. Further, because of the somewhat unpredictable nature of the industry, many workers involuntarily get part-time schedules.

The Fast Food Accountability and Standards Recovery Act (also known as the FAST Recovery Act), was signed by California Governor Gavin Newsom on Labor Day. Sponsors of the law say the goal is to set certain baseline standards for the treatment of fast food workers – about 500,000 in this state alone, many of them women and people of color. These include certain health and safety rules, minimum wage regulations, and enforcement of employer violations.

It establishes a power structure between a 10-member Fast Food Council, comprised of workers, owners, and other stakeholders – most selected by the governor. The council is responsible to set industry standards for safe working conditions and fair wages. One of the first proposed measures is an increase in the minimum wage for fast food workers, from the current $15-hourly to $22-hourly. This is a significant departure from how wages are typically set for non-unionized workers, which is typically that executives simply call the shots.

This new system is similar to those set up in several European countries, where government-appointed councils are responsible for making binding decisions on important issues. Supporters insist such a system is needed, particularly after the pandemic exposed major gaps in worker safety protections – namely that many workers were forced to come into work despite being ill and without proper PPE.

Opponents of the measure say that because the members of the council are appointed that it will be a rubber stamp for union demands. They insist labor violations are not a rampant issue and that the council is a workaround to attempt organized labor where official bids to unionize have failed. Pro-business lobbies have spent millions in opposition to the law, and may well have enough signatures needed by Dec. 5th to put a pause on the law’s enaction and put the measure to another vote next year.

At the national level, it’s unlikely that any labor-friendly bill is going to have an easy go of it with Republicans clinching control of the House of Representatives. Any changes over the next few years is likely to take place at the state level.