Nike is being sued for violating wage and hour laws within the state of California. The case was filed as a putative class complaint. Many Nike employees could become part of the class action claim against the company for failing to pay wages as required under California law. 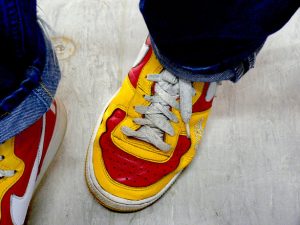 There are many protections in place under state and federal law to ensure every employee is paid a fair wage in the state of California. An Orange County employment lawyer can provide assistance to those who are not paid at least minimum wage, who are not paid required overtime or who are otherwise deprived by their employers of money they earned.

Nike is Accused of Violating Wage and Hour Laws

Plaintiff claims Nike violated numerous wage and hour laws and other employee protection laws in the state of California. Among the allegations against the maker of athletic gear is a claim the company requires workers who are making minimum wage to purchase their own uniforms at multiple points throughout the year. This would, in effect, reduce the wages of these workers to below the state’s minimum wage.  According to claims made by the plaintiff, purchasing uniforms was mandated as a condition of employment and employees were required to maintain “an up-to-date apparel of each season’s product line.”

The workers allegedly were required to buy four uniforms per year, on average, from income those employees declared and paid taxes on. The costs of multiple uniforms, combined with being taxed on the value of the uniforms, meant employees at Nike were no longer making minimum wage doing the pay period when the employee was required to purchase the uniform. The complaint asserts: ““Plaintiffs are manipulated to become walking advertisements of the store exemplifying the athlete image defendants want to portray to their customers at the expense of requiring plaintiffs to bear the cost of the uniforms.”

Plaintiff has also accused Nike of failing to provide staff members with itemized statement, as well as failing to inform employees of sick leave or paid time off the employee is provided with vacation time in lieu of sick leave.  After initially filing a lawsuit, the plaintiff amended it to include at least 14 different claims against Nike Retail Services, including various wage and hour violations as well as illegal terms of employment.

As our employment attorneys can explain, a putative class action, the goal of the lawsuit is to represent all of the sales associates who worked at Nike stores during the past four years and whose wages were below minimum required pay due to mandated uniform purchases.  Nike, however, has requested the case be moved to federal court instead of state court where the class action was initially filed. Nike also argues the plaintiff who is suing lacks standing to sue, and claims the plaintiff did not comply with established procedures because the plaintiff failed to act in a reasonable manner to mitigate the damages resulting from Nike requiring uniform purchases. Standing to sue means the plaintiff was actually damaged in some way for which he has the right or authority to seek a legal remedy in the court system.