A lawsuit has been filed against Tesla by an African-American who spent two years working on the assembly line. The worker claims in the lawsuit he experienced harassment on an ongoing basis for months on the basis of his race. Orange County anti-discrimination lawyers regularly represent clients making claims of racial discrimination, which is prohibited under state and federal law. 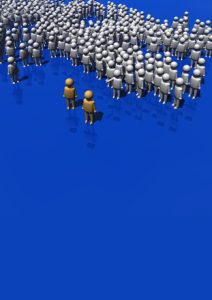 Unlawful racial discrimination not only includes a company’s refusal to hire, fire or promote a person based on race but it also includes the creation of a hostile work environment. A hostile work environment is created if an employee who s a member of a protected class is made to feel uncomfortable on the basis of his protected status. If an African-American is treated poorly by coworkers due to his race, this would be an example of illegal discriminatory behavior a company could be held accountable for.

The former Tesla employee who is suing the company for discrimination indicates he experienced physical, sexual, and racial taunts which he indicates began almost as soon as he stated working at Tesla in June, 2015. Initially, he indicates, the taunting and harassment involved stealing his phone to take pictures and videos; putting stickers on his back; and hiding the tools belonging to him.

He also indicates his co-workers liberally used the N-word, which they began doing with a month or two of when he started on the assembly line. In one particular instance, the employee’s phone was stolen by a co-worker. The co-worker recorded himself creating a rant running more than a minute long and containing both violent threats as well as offense racial epithets.  Tesla, in response to seeing the video, indicating it was “disappointing and contrary to its values.” The company reportedly has fired numerous people in response to the incident.

However, while Tesla has now acted to address this one particular incident, the employee who is suing claims in his lawsuit he had made numerous complaints to supervisors about the harassing behavior he was experiencing. He said the company did not do enough to take action to stop the harassment once it had been reported. Companies who fail to step in after a complaint is made about discrimination are inviting a lawsuit against the business because it is the job of these organizations to ensure no one the company employees is creating a hostile work environment.

Tesla claims the case is more complicated than simply whether the company stopped behaviors of the sort depicted on the time. The company claims internal investigations have revealed some of the employees accused of harassing the worker who is suing actually had a relationship with the worker. The plaintiff who claims he has been discriminated against allegedly socialized outside of his work with his alleged harasses and Tesla claims the use of off-color language was a normal part of the banter between the suing co-workers.

Workplace racial discrimination is both unethical and illegal. Our attorneys can help.