Facebook has created myriad problems for employer/employee relationships and a Los Angeles wrongful termination attorney knows that numerous cases have addressed whether employees can be fired for Facebook conduct. 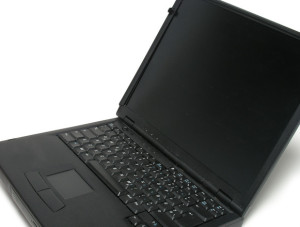 One recent case was decided by the National Labor Relations Board in the employee’s favor, but the decision was appealed. Now, the United States Court of Appeals for the Second Circuit has upheld the NLRB’s ruling. This decisions demonstrates that many different behaviors on social media can fall under the purview of protected concerted activity.

The recent case arose when three employees were fired based on complaints made on Facebook about their employer. A waitress, a cook, and another employee of a sports bar and grill had discovered they owed more money in state income taxes than they had initially expected to owe. The waitress started with the first post, suggesting someone should buy the sports bar from the current owners, who she stated: “can’t even do the tax paperwork correctly.” The cook replied to the Facebook comment stating: “I owe too. Such an asshole,” in reference to their boss. The third employee clicked “like” on the post which had called the boss the name. The employer subsequently terminated all three workers for their Facebook conduct.

The workers claimed unjust dismissal and the National Labor Relations Board (NLRB) agreed, indicating that the employer had violated the employee’s rights because the Facebook postings and interactions constituted protected concerted activity. Protected concerted activity is defined as employees acting together to try to improve their pay and their working conditions.

The case was appealed, and in October of 2015 the Second Circuit Court of Appeals upheld the NLRB ruling. The ruling is an important one because it makes clear the NLRB can protect even non-union workers when employers try to interfere with their right to discuss job conditions using social media. While not all Facebook content is protected concerted activity, employers must tread carefully not to interfere with worker rights.

In this case, the NLRB not only found the dismissal was wrongful but also found that the company’s social media policy was in violation of the law because the policy could reasonably be interpreted as preventing discussion of terms and conditions of employment just because the employer found those discussions to be inappropriate.

The right of employees to discuss work is not absolute, and employers can have social media policies if they are carefully crafted. For example, employee communications are not protected if they are defamatory or if the communications are sufficiently disloyal. In this case, however, the comments of the employees did not mention the products of services provided by the company, so there was no disparagement of the business. Further, the claim that the company had not withheld the appropriate amount of taxes was not a maliciously untrue statement, and the employee’s characterization of the employer as an “asshole” couldn’t be read as a statement of fact, but instead was clearly an opinion.

Employees need to be careful not to expand their communications beyond the scope of what is protected, so they can continue to benefit from NLRB protections now that the Second Circuit has confirmed Facebook “likes” and certain other social media communications can be protected concerted activity.