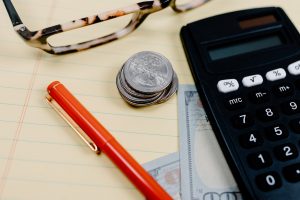 The measures come in response to numerous complaints of employee exploitation that include workers alleging they have not been paid for all the hours they worked and being denied the opportunity to stay home on days when they were injured or sick. Workers have been reticent to report such violations, fearing it may get them fired or possibly even deported.

Some of the more troubling allegations that have prompted these specific changes (according to Voice of San Diego) include:

These new disclosure requirements, however, are only going to be applicable to employees of subcontractors working on developments in unincorporated areas of San Diego County. In cities, where more of the new construction is happening, transparency isn’t as strong. But problems with wage theft exist far beyond these limits.

For example, a janitorial contractor was paid approximately $600,000 for its services, but records showed it only paid workers about a quarter of that – indicating the company was either overcharging the city, underpaying its workers or both. In an audit, it was revealed the company required workers to obtain their own business licenses so that they could be classified as independent contractors, who were paid by the task rather than by the hour. Workers were not granted sick leave or overtime, and in some cases were paid as little as $9 per hour of work.

In a study conducted several years ago of more than 4,000 workers in the nation’s three largest labor markets (one being Los Angeles), it found certain workplace protections that many employees take for granted, such as workers’ compensation, are sometimes non-existent in industries like retail, home health care, construction and restaurants. One-fourth of those surveyed were paid less than the minimum wage or they didn’t get the legally-required overtime rate. According to the study authors, the average worker loses about 15 percent in earnings due to workplace violations. If we extrapolated that to the entire country, that would be $56 million in losses – a week.

The researchers also found that retaliation was a serious problem, with roughly 40 percent of workers claiming they were threatened with fewer hours or immigration authorities, suspended or fired when they complained of wage theft. Workers born outside the U.S. were reportedly twice as likely to be victims of minimum wage violations. Black workers were three times as likely as their White counterparts to face this issue.

One barrier to rooting out wage theft is that workers often don’t realize a violation has occurred because they don’t realize how their pay has been structured. They might not learn they are misclassified until weeks or months later, if at all. One report from the Economic Policy Institute found that lower-wage workers in the 10 largest states (including California) lost an average of $3,300 annually to wage theft.

Another problem is subcontracting. One business (or municipality) will hire another business, and the separation protects the first entity from liability by offering plausible deniability of hiring unauthorized immigrants or wage theft violations. Legal action against the perpetrators isn’t commonplace, but it has happened. Several years ago in Los Angeles, the city attorney pursued criminal charges against the owners of a car wash chain that was allegedly failing to pay workers minimum wage or provide them with breaks. When workers tried to unionize, one manager allegedly threatened them with weapons. At the time, some of these workers were earning as little as $40 daily, being paid solely in tips.

But wage theft has consequences for municipalities as well, even if they aren’t directly contracted with these firms. Dollars that are unaccounted for in turn mean less public tax revenue. One analysis in 2015 found that misclassification and wage theft costs California an estimated $8.5 billion or more in uncollected tax revenue.

Federal agencies oversee wage theft violations as well, but some, like ICE, are more concerned with preventing employers from hiring unauthorized workers than protecting workers from potentially abusive employers. Increasingly, it does seem as if there has been a shift in focus, maybe due to the recognition of public agency losses.

If you believe you have been a victim of wage theft in California, our Los Angeles employment attorneys can help answer your questions and advise you of your legal rights.

Wage Theft Is Common for Low-Level Workers, and Officials Are Starting to Take Notice, May 19, 2021, By Jesse Marx, San Diego Voice