The measures come in response to numerous complaints of employee exploitation that include workers alleging they have not been paid for all the hours they worked and being denied the opportunity to stay home on days when they were injured or sick. Workers have been reticent to report such violations, fearing it may get them fired or possibly even deported. END_OF_DOCUMENT_TOKEN_TO_BE_REPLACED 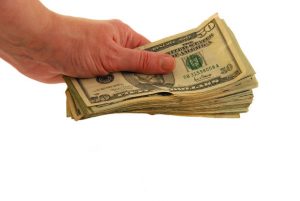 County investigators said whether it was an honest mistake or the motives were more insidious, employers have a responsibility to pay their employees fairly. When they do not, there are consequences. END_OF_DOCUMENT_TOKEN_TO_BE_REPLACED

A California wage theft lawsuit filed on behalf of 240 workers is being settled for $690,000, having been given the preliminary approval from a superior court judge recently. Final approval of the deal is expected in April, according to BerkleySide.com. As our Los Angeles restaurant wage theft attorneys know, the restaurant industry is notorious for a host of labor law violations, ranging from failure to pay overtime, denying meal breaks, skimming hours from time sheets or failing to pay for work-related responsibilities . The U.S. Department of Labor’s wage-and-hour division reported that roughly 84 percent of full-service restaurants investigated between 2010 and 2012 had violated labor law standards, including wage and tip violations.

This class action litigation was pursued by workers such as prep cooks and dishwashers at a chain taco restaurant, where current and former employees say they were cheated out of fair wages and subjected to other labor law violations.

According to the initial complaint, Martinez et al v. Gordo Taqueria et al, the lawsuit alleges that for at lest four years, defendants had a practice of distributing plaintiffs’ tips at the end of each calendar year or occasionally sometimes periodically throughout, requiring workers to pool their tips and unlawfully divide them amongst themselves in an a fashion that was arbitrary.  END_OF_DOCUMENT_TOKEN_TO_BE_REPLACED 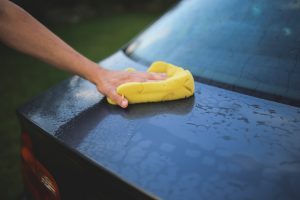 The car washes, according to claims filed by the Los Angeles attorney’s office, are that the car wash operations short-changed an estimated 60 workers since 2014. Employee work hours were vastly under-reported. In some instances noted by attorneys, the company was compensating workers $45 for working a full 10-hour shift. The U.S. government currently has minimum wage is currently at $7.25. It’s higher in California (and also Los Angeles) because it’s very expensive to live/work/commute in this region. These car wash employees were being paid one-third the minimum wage they should have been earning for their hard work. END_OF_DOCUMENT_TOKEN_TO_BE_REPLACED