By now, everyone not living under a rock knows that the U.S. Supreme Court has overturned the federally-protected right to abortion that was afforded with the 1973 decision of Roe v. Wade. In the most recent case, Dobbs v. Jackson Women’s Health Organization, the court held that states are now free to pass laws that outlaw abortions. 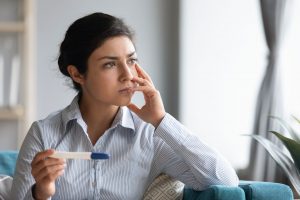 As Los Angeles employment attorneys, we have been weighing the potential impact this might have on people in the workplace. The ripple effect isn’t yet clear, as this is a legal situation with a lot of uncertainty in the days ahead. Much of it may come down to the state where the worker is employed. (it’s generally the state where the employee works, not necessarily where the employer is based, that decides what state laws apply.) California state law protects the right to an abortion, and recent legislation also protects those in the state from essentially “aiding and abetting” abortion from individuals who cross state lines to obtain one.

But that doesn’t mean there may not be some impact to California workplaces as result of Roe being overturned. Some examples may include:

Perhaps one of the ways we’re most likely to see this seismic shift in law impact workplaces is that we’re likely as a result to see fewer women and minorities in it. As it stands the coronavirus underscored the well-known (but less recognized) fact that women still have outsized responsibilities when it comes to unpaid work, like housework and childcare. Abortion restrictions are inevitably going to mean we will see this trend continue and expand – and minorities, people of color, and those in lower-incomed groups will be the most heavily affected.

The bottom line is that we do not know the full potential impact of Roe‘s reversal in the employment context. There will likely be a flood of statutory changes and litigation leading to new case law that helps define what employers can or can’t do in terms of supporting employees’ ability to obtain abortions. Working with an experienced employment law attorney in Los Angeles is an imperative.

In Response to Supreme Court Decision, Governor Newsom Signs Legislation to Protect Women and Providers in California from Abortion Bans by Other States, June 24, 2022, Office of Governor Gavin Newsom