The U.S. Supreme Court issued a ruling last month limiting the California state worker protections law. Now, a group of lawyers say the SCOTUS got it wrong, and are imploring the court to hold a rehearing. They are characterizing the ruling in Viking River Cruises v. Moriana as a “gross misinterpretation.” 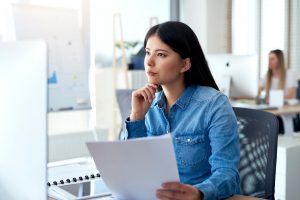 The attorneys represent the plaintiff in that case, a worker who sued her former employer through the Private Attorneys General Act, a statute that allows employees in California to pursue litigation against their employers on behalf of the state. The company had been late issuing her last paycheck after she quit her job, which she asserted was a violation of the state’s labor law. However, plaintiff and other similarly situated employees were bound by arbitration agreements. Thus, the employer defense argued, a PAGA claim would have been invalid. The U.S. Supreme Court sided with the employer.

Lawyers for the plaintiff believe this was absolutely the wrong call, and want the court to grant a rehearing on the matter. However, as our Los Angeles employment lawyers can explain, such hearings are pretty rare. The majority of justices must agree in order to hold one, so it doesn’t happen often. On the other hand, what makes this case fairly unusual is that the U.S. Supreme Court has consistently held since its founding that it lacks the authority and jurisdiction to issue rulings on matters of state law.

California law with respect to PAGA is pretty straightforward. Attorneys for the plaintiff in Moriana argue that the Court engaged in deliberations on the case without fully grasping what PAGA is and how it works.

The Court had held that PAGA was superseded by federal law that compels private disputes to be resolved through arbitration. The court also said that such claims could be divided into two: One by the individual, and another on behalf of other workers. The Court held that even if a worker could pursue a claim on behalf of other workers, that claim could be nullified if the employer had the right to force them into arbitration. Therefore, with one part of a PAGA claim invalid, the whole thing becomes null and void.

This concept of dividing a PAGA claim in two was a decision the Court apparently reached after oral argument. Neither side was able to respond to this until after the ruling was published. Lawyers for the plaintiff say the ruling represents a “completely new analysis,” with the splitting of PAGA not being a concept on which either party briefed the Court, argued on, or asked about. They say this action is the latest in a string of actions between the conservative majority of the U.S. Supreme Court and the progressive laws and policies of the State of California.

California legal precedent does support the notion that claims for PAGA on behalf of others, even as individual claims may be arbitrated. Already, the state supreme court disagreed with the assertion that a resolved individual claim means that the employer is no longer aggrieved and thus eligible for standing under PAGA.

The lawyers say they are not asking the federal high court to conduct a whole new analysis as to how to apply California law. Rather, they are seeking to establish this as a state, rather than federal, issue. Cases pending in state courts are likely to reach the California Supreme Court, they say, and that is ultimately where the matter should be decided. Plaintiff lawyers argue that allowing PAGA claims to be pursued on behalf of others is essential because it gives workplaces the opportunity to address systemic problems without the drawn-out, piecemeal individual arbitration process.

If the SCOTUS ruling stands, it may be possible for action from the state legislature to clarify rights and responsibilities under PAGA.