Funding and maintaining pension programs has become a serious problem for public employers across the nation. The bankrupt city of Detroit made headlines in 2014 when it settled with its underfunded public pension fund, and drastically reduced benefits to thousands of former city employees. The New York Times reports that the presiding bankruptcy judge called the deal “miraculous”. Now, the ugly reality of underfunded public pension programs has hit California as well. 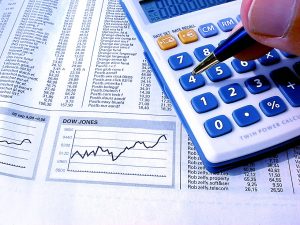 The Mercury News reports California’s new state budget projects nearly $206 billion in “unfunded liabilities for the state’s two public pension systems.” What this means is that former state employees are entitled to $206 billion of benefits that the state simply cannot pay. CalPERS, the state employee retirement fund, manages close to $330 billion in assets. It is the largest public pension fund in the nation. And yet, it is only funded at approximately 65 percent of the total amount of its obligations to former state employees.

Nearly half of this $206 billion deficit has been added in just the past eight years. The exponential nature of these retirement benefit payments have turned the underfunding into financial time bomb. Unfortunately, public pension funding is not an easy issue for state politicians to tackle. Budget cuts, increased taxes, and reallocation of limited financial resources are unpopular measures which can wait until someone else takes office. But this waiting is exactly what caused the crisis that California now faces.

A Case Study of the “Most Generous Pensions in the State”

The Sacramento Metropolitan Fire District is local government entity which administers the fire departments of sixteen smaller fire districts in the greater Sacramento area. According to Capitol Weekly, it also pays some of the most generous pensions in the state. The District has 216 retirees receiving over $100,000 per year. Twelve of those payees receive more than $200,000 per year. Now, the Harold Fire Protection District board (one of the sixteen smaller districts within the Sacramento Metropolitan Fire District) is exploring the possibility of leaving the state’s public pension program altogether. The fee for the Harold District to leave CalPERS would be around $400,000. This could leave the District bankrupt, but then again, so could continued retirement benefit payments at current levels. The small District finds itself in an untenable position.

So what is Harold – and other public pension administrators – to do? First, the issue can no longer be punted to the next generation of politicians. The funding crisis becomes worse the longer it lasts. Local governments and pension administrators must begin taking action now. Second, employees must do their part to vindicate their pension rights. Grassroots activism can be a powerful motivator in getting politicians to address problems. More importantly, without action, it is likely that former public employees will not receive the retirement benefits to which they are entitled. Public pension funding can expose public employers to legal liability. Both public employers and retirees entitled to public pension benefits can protect their legal interests by consulting with an experienced California employment lawyer.

California pensions are its $206 billion elephant in the room, July 30, 2017 by Steve Westly, The Mercury News