In the current American political climate, immigration has become a heated – and often violent – issue. This conflict has implications beyond splashy front-page news stories. Employers may soon face significant legal hurdles to sponsor non-citizen employees. Both bringing foreign workers to the United States, and maintaining their residencies once they are here, is likely to become far more difficult in the coming months. 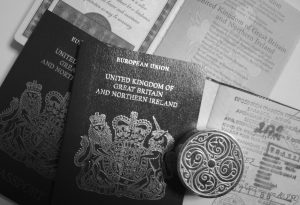 The Trump Administration has targeted several specific immigration programs in furtherance of the President’s “America First” campaign theme. One such program is Deferred Action for Childhood Arrivals (“DACA”). KQED reports that nearly 223, 000 young immigrants have been granted residency and employment privileges under the program since DACA was enacted in 2012. The brainchild of the Obama Administration, DACA has become a target of criticism by both Trump and the Republican party. A group of GOP officials is even threatening to sue the federal government if Trump does not rescind DACA by September 5. 2017.

In addition to DACA, the H-1B visa is also coming under intense scrutiny. According to The New York Times, about eighty-five thousand workers are admitted to the United States annually on H1-B visas. These immigrants are employed largely in the medical, science, industrial and technology fields. The executive order does not immediately terminate the visa program, but instead calls for a report (prepared jointly by several government agencies) to advise the President on what changes are needed. It also gives priority to the highest-paid visa applicants. Despite these seemingly tame measures, the executive order signals a chilling hostility toward worker visa programs.

In August 2017, the federal government announced that all foreign workers seeking residency through employment will have to submit to in-person interviews. The San Diego Union-Tribune reports that the federal government does not have the resources to accommodate such an increased demand for in-person interviews. The United States Citizenship and Immigration Services already had a backlog of 572,129 applications pending as of March 31, 2017. These “green card” interviews will apply to both marriage and employment sponsorship applications.

How Businesses Can Adapt to Changes in Immigration Regulations

Preparation can help business owners successfully navigate the many imminent changes to U.S. immigration laws. By accessing creative solutions, business owners can find the strategies which are best suited to their particular needs.  Perhaps certain operations can be performed remotely. Foreign employees may be eligible for other visa programs. Entrepreneurs should secure alternative business development strategies in the event that an immigration program is dismantled entirely. They should also consider short-term contingency plans to prepare for rapid changes to existing visa programs. Temporary labor or overtime for citizen workers  may help employers continue operations while foreign workers are unavailable. These and many other solutions can help employers continue business operations seamlessly, even when experiencing serious disruptions in access to their workforces.

Rapid changes in immigration law can threaten both non-citizen employees and the employers who depend upon their work. Consult with an experienced California employment law attorney to ensure that both your company and your employees are protected.