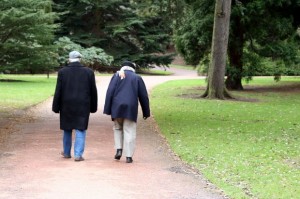 What this effectively means is that plaintiffs in age discrimination cases face a higher burden than those who endured other types of discrimination. Lower courts have applied the Gross decision to claimants in disability discrimination cases. Not only is the burden higher, some legal scholars have called it “virtually impregnable.”

The Supreme Court made a similar decision earlier this year in University of Texas Southwestern Medical Center v. Nassar, applying similar standards in discrimination cases filed on the basis of race, sex, religion and national origin.

Sponsors of the dual, bipartisan Congressional measures – one in the House and another in the Senate – say that if an employee can prove that age was a factor in the employment decision, the burden of proof should subsequently be on the employer to show why there was a legitimate reason for the action, other than age. The Protecting Older Workers Against Discrimination Act would reverse the 2009 Supreme Court decision.

It’s a measure that is “strongly” supported by the advocacy group AARP, whose senior vice president was quoted as saying that too many older workers are trying to get or keep jobs and continue to face significant hurdles due to their age.

The new legislation is especially timely, given that by 2016, it’s estimated that approximately one-third of the American work force is going to be over the age of 50. That will be up from 28 percent in 2007.

Many workers are staying longer in their professions, many of those because they were left with little choice following the economic downturn that significantly impacted their housing wealth and retirement savings.

Several recent AARP surveys reveal that 1 out of ever 3 workers has either directly faced some form of age discrimination or has at least observed it.

Age discrimination is prohibited via the federal Age Discrimination in Employment Act of 1967. The law makes it illegal for an employer to refuse to hire or to discharge any person or otherwise discriminate against any person with respect to wages, terms, conditions or privileges of employment based on a person’s age. The law is crystal clear in its intention. It’s extremely unfortunate that we have seemingly regressed.

This new legislation would help to ensure that the original spirit of anti-discrimination civil rights laws are upheld.