Next month, newly-elected Democrats will be seated in the U.S. House of Representatives, and current Minority Leader Nancy Pelosi, likely next Speaker of the House, has vowed to make a priority of establishing widespread equal rights for LGBTQ individuals – including anti-discrimination laws in the workplace. As our Los Angeles LGBTQ discrimination attorneys can explain, polling evidence shows that since the U.S. Supreme Court in 2015 ruled same sex couples are constitutionally allowed to marry, public support for LGBTQ rights has surged and religious resistance has waned. And while California and 19 other states already have anti-discrimination laws that protect LGBTQ workers, there has never been a federal equality law for these individuals. 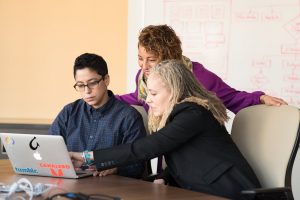 The Obama administration did extend some protections, issuing guidelines that protected transgender students and taking the firm position that Title VII’s law regarding gender-based employment protections apply to LGBTQ people. The Trump administration summarily began tearing that all down, banning transgender people from the military, broadening religious exemptions for federal contractors who discriminate against LGBTQ people, proposing a repeal of Section 1557 that protected transgender people from health care discrimination, arguing Title VII law does NOT extend protection to transgender workers and issuing numerous executive orders effectively rolling back LGBTQ rights.

Our LGBTQ discrimination attorneys in Los Angeles and others have been fighting back in the courts, but a federal Equality Act would offer clear, decisive protections nationwide.

By-and-large, the hammer of the courts has fallen squarely on the side of LGBTQ worker rights and protections. A new law would help cement very explicit protections for people based on sexual orientation and gender identity in areas like employment, education, housing, credit, public accommodations, jury service and a number of federal programs.

The first Gay Civil Rights Bill was introduced in 1974, undergoing numerous changes since then, but never popular enough to gain sufficient support to advance a vote to the floor in either Congressional chamber until the early aughts. Around this time the U.S. Supreme Court struck down local bans on “homosexual conduct,” which spurred a number of states to pass laws allowing same-sex marriage. The equality initiative narrowed to focus just on non-discrimination in employment in 2001. A number of versions were passed at various times by the House and Senate, but none by both chambers at the same time, and it’s never reached the desk of a president. The scope of the measure was again expanded in 2015, becoming formally the Equality Act.

If passed, the Equality Act would amend the Civil Rights Act of 1964 to be inclusive of both gender identity and sexual orientation. By doing this (as opposed to carving out its own niche entirely), it erodes the argument made by a number of conservative opponents that LGBTQ advocates are seeking some sort of special treatment.

While Pelosi has delivered passionate remarks about her commitment to pushing the Equality Act forward, most are skeptical it will gain any traction in the Senate as long as Mitch McConnell is the Senate Majority Leader. A spokesperson for Pelosi’s office, however, insists there is bipartisan support for the measure, similar to what we saw with the 2010 repeal of the “don’t ask, don’t tell” military policy.