A company that contracts to provide passenger wheelchair assistance at John F. Kennedy International Airport in New York City is being accused of religious discrimination. The charge comes from the New York City Human Rights Commission, which says the company, which offers services to 32 airlines and employs some 250 workers at Terminal 4, violated worker rights by not allowing them breaks during which to pray during daily prayers or to eat after fasting for Ramadan. 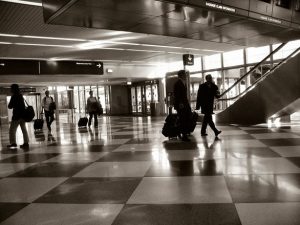 According to USA Today, supervisors reportedly harassed workers who follow Islam via a radio system whenever the employees requested prayer time breaks. Those messages were reportedly spiteful and included statements like, “We don’t care about Ramadan” and assertions that workers would be given breaks at company-designated times, not worker-designated times.

If the allegations are proven, they would carry a maximum civil penalty of $250,000, on top of compensatory damages that might be paid to workers. The deputy commissioner of the city’s law enforcement bureau that religious discrimination will not be tolerated and that employees of every faith have the right to ask for religious accommodations. Further, no worker should be harassed or otherwise discriminated against for asking to have a break during which to adhere to observance of their faith.

While the city is taking a strong stance on this case, there is concern that federal actions, such as the recently-enacted immigration ban that blocks entry from seven Muslim-majority countries but gives preference to Christian minorities, could be seen as an invitation to engage in religious discrimination with impunity. But as of right now, California and federal laws do prohibit employment discrimination on the basis of religion, so victims of religious discrimination can pursue recompense.

The commission in New York handles human rights law cases in 22 different categories of employment discrimination. Last year, there were 900 claims made to that agency, which represents a 30 percent uptick, particularly for claims regarding race, religion, national origin and immigration status.

New York City Mayor Bill de Blasio was quoted as saying that discrimination touches every part of our daily lives, including, increasingly, the workplace, and that it is “now more than ever important for everyone to stand up to discrimination and hate, and to protect the rights of Muslim Americans.”

While the majority of religious discrimination lawsuits are filed by individuals, it’s the human rights commission in that city that has filed action against the employer for reportedly engaging in a pattern or practice of violations. Thus far, three workers have accused the company of being discriminatory, but the investigation, which will include ongoing interviews of named supervisors, could reveal additional violations.

One of the victims, a 24-year-old who worked for the company for six months, told a reporter that she would not be allowed to take prayer breaks and her only recourse was to complain to the union. It is important in the Islamic faith to pray five times daily.

Then during Ramadan, when believers do not eat from sunrise to sunset, she pushed her break back to 8 p.m. so that she could break her fast. However, her bosses refused to extend her this accommodation. She reported that as a result, she felt sick and woozy, in addition to being emotionally upset. She was ultimately forced to quit and find other employment.