Federal law protects the right to practice your religion as you see fit, with Title VII of the Civil Rights Act of 1964 prohibits employers from discriminating against an employee for their religious beliefs, as well as race, color, sex, or national origin. Employers must also provide reasonable accommodations for employees to practice their religion “unless an employer demonstrates that he is unable to reasonably accommodate to an employee’s or prospective employee’s religious observance or practice without undue hardship.” 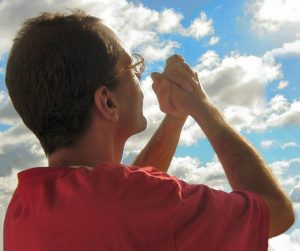 However, this is not the only way religion can affect the work place. Take for example a recent lawsuit in U.S. District Court for the Eastern District of New York in which a discount medical plan provider and its parent company were recently ordered to pay 10 former employees a sum of $5.1 million, after plaintiffs claimed management within the company wanted them to participate in specific religious practices and allegedly retaliated against them when they refused, according to Newsday. Forced expectations of this kind can create a hostile work environment. As our Los Angeles religious discrimination lawyers can explain, a hostile work environment is the result of harassment, including unwelcome repeated actions that are severe, pervasive, and in which enduring offensive conduct has become a condition of employment, according to the U.S. Equal Employment Opportunity Commission. Harassment can be rooted in religion or other protected identifiers. In some cases, the harassment is not targeted at a person for holding certain religious beliefs, but rather for not participating in the beliefs of others. Forcing religious beliefs and practices on other employees would not qualify as a protected religious practice under Title VII.

This lawsuit spans coast to coast, with the medical plan company located in New York and the group whose teachings were being forced in the workplace being located in California. The group identified itself as nonprofit that specializes in problem-solving skills and conflict resolution, both of which would be excellent workplace tools. However, according to the lawsuit, activities included group prayer, discussing spiritual texts, and spiritual cleansing rituals, thus leading the court to identify it as a religion. From 2007-2012, employees were allegedly required to participate in these activities, which were part of a belief system created by a relative of the CEO of the parent company of the medical plan firm. This relative was active as a consultant in the office and allegedly had a say in hiring and firing, which the jury ruled led to the wrongful termination of employees who refused to participate in religious activities.

While the circumstances of this case were not typical, the lesson learned remains the same: businesses should not have any say over the religious practices of their employees. If you feel your employer is infringing on your civil rights in regard to religion, our employment lawyers have the experience and knowledge to help sort through the particulars of your case and identify if your rights have been violated.