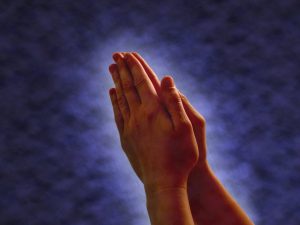 The California Workplace Religious Freedom Act requires employers to make reasonable accommodations for an employee’s religious beliefs and observances, unless doing so would cause an undue hardship to the employer. Under federal law, an employer need only demonstrate a “de minimis”, or minimal level, of hardship. California law puts a higher burden on employers to demonstrate that an undue hardship has been caused by the accommodation. California law also expands “religious beliefs or observance” to specifically protect an employee’s religious dress or grooming practices. Here in California, these reasonable accommodations became the center of an equal opportunity employment complaint filed by four Sikh truck drivers. The drivers won a $260,000 settlement against a large trucking company. The L.A. Times reports that the United State Equal Opportunity Employment Commission (“EEOC”) facilitated the settlement after investigating the worker’s allegations. Three of the men were denied work altogether because they refused to cut their hair for a pre-employment drug test on religious grounds. The fourth man lost his job offer when he refused to remove his turban for the pre-employment drug test. This, too, was on religious grounds.

As part of the settlement, the trucking company will also be required to retrain its hiring personnel on federal anti-discrimination laws and submit progress reports to the EEOC for two years. The four Sikh truck drivers must also be allowed to reapply for work. It is worth noting that the reasonable accommodations required in this case would have caused virtually no hardship to the employer, as blood tests could have been used to meet federal mandates of pre-employment drug screening.

In Sacramento, a car dealer was also sued by the EEOC for failing to accommodate a salesman who was also a practicing Seventh-Day Adventist. The EEOC reports that its investigation revealed repeated requests by the employee and his pastor to not schedule him for shifts during the Sabbath (which, for Seventh-Day Adventists, falls between sundown Friday and sundown Saturday). The investigation also revealed that the employee was harassed for his beliefs and denied work on Sundays. Once again, that reasonable accommodation would have caused little to no hardship to the employer.

Religious Harassment in the Workplace

In a particularly blatant case out of South Dakota, one worker was called a “whiny Jew”. This comment came after reporting an injury. USA Today also reports that the employee had to hire an attorney simply to take time off for the Jewish Sabbath. While the employer claims the employee was terminated for a high error rate, this would not allow the employer to escape liability for a religious discrimination claim.