Recently, Google has been the target of a wide variety of discrimination lawsuits. From issues of political speech raised by the infamous “anti-diversity manifesto” to the gender issues which plague the technology and venture capital sectors, the tech giant is facing the potential of significant civil liability for violations of state and federal employment law. According to Reuters, Google is also facing an investigation by the U.S. Department of Labor into gender discrimination in its pay practices. Now, a new lawsuit alleging gender bias in pay and promotions could be the latest – and greatest – of Google’s legal woes. 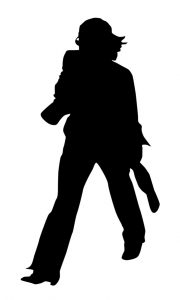 Three female former employees of Google have filed a lawsuit in California state court, alleging that the company discriminated against the women in pay and promotions. Reuters reports that the women have proposed a class action lawsuit. This would allow other women who claim to have been discriminated against by Google to join the lawsuit. The Department of Labor investigation could help or harm the lawsuit, which covers many of the same issues of gender discrimination. However: California employment law tends to hold employers to higher standards than federal law. Even if the Department of Labor investigation finds that federal labor laws have not been violated, the women will likely still be able to pursue claims under California employment law.

The Widespread Gender Discrimination Problem in Tech and Venture Capital

Google is far from being the only technology employer to face allegations of gender discrimination. Reuters reports that Oracle, Microsoft, Twitter are all facing active lawsuits on the issue. Qualcomm spent $19.5 million in 2016 to settle claims of gender discrimination. And according to the New York Times, the recent resignation of Uber’s founder and CEO was inextricably connected to allegations of rampant sexual harassment and discrimination in Uber’s company culture. These are just the cases that make the news. The ongoing, pervasive, and deeply-ingrained culture of male dominance in the technology sector manifests itself in more subtle ways every day. Many women employed in the technology sector are simply left to bear the disparity in treatment.

Nor is the problem limited to only technology employers. Venture capital – the sister industry which has facilitated the growth of technology in America – has male dominated roots, as well. Only recently has the extent of the problem been made public. For the first time, dozens of women are coming forward to publicly address issues of sexual harassment and gender discrimination in accessing venture capital. The problem has, in fact, become so concerning that California state legislators have proposed a change to existing sexual harassment law. Forbes reports that the bill would make an almost imperceptible change to California’s current sexual harassment statute. By adding a single word – “investor” – venture capital relationships would be added to the employment relationships which are protected from sexual harassment by the California Labor Code.

Women who have experienced gender discrimination in the workplace have legal rights which must be protected. While social change will not happen all at once, it is important to hold employers accountable for correcting discriminatory conduct, one workplace at a time. An experienced Orange County gender discrimination attorney can help you determine whether your legal rights have been violated on the basis of gender.