January 2020 will mean higher wages in 22 states for some 7 million workers, who can expect to earn more than $8 billion in additional income over the course of the year. 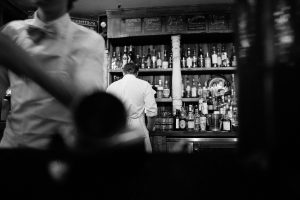 The wages hikes are the result of legislation, inflation adjustments and ballot measures. Twenty states still use the federal minimum wage of $7.25.

In California, nearly 17 percent of the state’s workforce will be affected by a legislative increase of $1 to minimum wage earnings, bringing the state minimum wage to $13 effective January 1st. In all, nearly 3 million workers in the state can expect an annual increase of $4.3 billion. The average worker will bring home approximately $1,500 more per year.

Wage increases across the country ranged from $0.14-an-hour (Minnesota’s inflation adjustment) to the $1.50 higher minimum wage ceiling in New Mexico, thanks to legislative action.

Once the state minimum wage reaches $15-a-year for all employees, the rate will be adjusted annually for inflation on the basis of the national consumer price index. However, it cannot ever be lowered and the highest it can go in any given year is an increase of 3.5 percent. Scheduled increases will no longer be paused, though adjusted increases can be accelerated in years when the CPI exceeds 7 percent.

The law pertains only to employees – not independent contractors. California Labor Code section 1182.12 defines employer as any person who directly or indirectly employs/exercises control over a person’s wages, hours or working conditions. Part-time workers, minors, new hires, staffing agency/labor contract employees and salaried executives can all be considered “employees” under the statute. Companies frequently misclassify workers to avoid having to cover the costs of employment benefits like minimum wage and overtime. If you believe you are being misclassified or underpaid as an employee, it’s important to discuss this with an experienced wage and hour attorney in Los Angeles. Your status as an employee is determined on the basis of your relationship to the company – not simply the designation the company has given.

It should be noted in any case where there is ambiguity about the size of the workforce or whether a person is an employee v. independent contractor, courts will generally look for a reasonable interpretation that is most favorable to workers. An employer’s erroneous decision to pay the worker at a lower wage typically ends up being far more costly in terms of additional penalties and interest than it would have been had the company erred on paying the worker the higher rate to begin with.

So for example, if as company reaches the 26-worker threshold at any point during any pay period, they should pay their workers the higher minimum wage rate for the duration of that pay period and moving forward (so long as they have 26 workers) to avoid liability for unpaid wages, damages and penalties.