Wells Fargo may have won the most recent round of wage and hour theft litigation, but the scrutiny it appears is far from over. 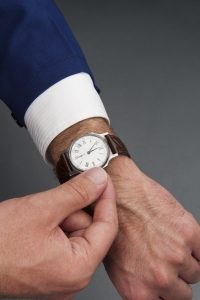 In Richardson v. Wells Fargo Bank, plaintiffs allege defendant violated the Fair Labor Standards Act by improperly classifying them as exempt employees, and thus failing to pay them the appropriate overtime they were due. Specifically, these were home mortgage consultants that were classified as being exempt from overtime .However, plaintiffs were also members of a class that had settled a class action lawsuit in California over these FLSA claims. The members had opted out of that settlement, but the district court ruled the previous settlement precluded this lawsuit and satisfied due process requirements. The U.S. Court of Appeals for the Fifth Circuit reviewed and agreed, affirming district court’s grant of summary judgment for defendant.

But that isn’t likely to be the end of Wells Fargo’s legal woes. CNNMoney has been following the newest wage theft violations, which has drawn the attention of the U.S. Occupational Safety & Health Administration (OSHA), which is reportedly now investigating after receiving “a number” of whistleblower complaints from the bank’s workers over the last five years.

Most of those cases, according to U.S. Labor Department Secretary Thomas Perez, have been resolved through settlements or other actions, but there are still a handful of complaints that are still being investigated. The issue was back in the spotlight recently after the company admitted to terminating some 5,300 employees in the last several years and creating some 2 million phony bank and credit card accounts (due to workers being under immense pressure to meet unrealistic account number quotas). More than half a dozen employees have come forward to CNNMoney to allege they were fired when they tried to put a stop to these practices. Workers interviewed said they were often forced to work overtime without any extra compensation while they were held to account for otherwise unattainable sales targets.

Several U.S. Senators have called for the Labor Department to investigate whether the bank was as aggressive as reported in sidestepping overtime laws. A recent letter sent to the Labor Secretary (and signed by Sen. Elizabeth Warren, among others) asserts the bank is responsible for a “staggering neglect by management” to deny eligible employees overtime pay for hours worked in excess of 40 each week.

In response, the Labor Department said it has launched a review to determine whether the bank violated the Fair Labor Standards Act, as well as other laws. Since 1999, companies have been mandated to pay workers at least 1.5-times their regular rate when they work more than 40 hours. Workers say it wasn’t uncommon for managers at the bank to require workers to stay an hour without pay in order to cold-call customers.

Wells Fargo has denied the allegations, insisting its employees are paid for all hours worked, including overtime. Workers, however, say they were forbidden to log hours after 5:30 p.m. If they did, their managers would go into the system and manually alter the time sheets. Workers said they tried to raise the issue, but were essentially told they could take it or leave. Those who had families support say they had no choice but to accept illegal wage theft practices.