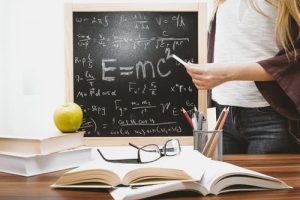 Plaintiff alleged violations of the Americans with Disabilities Act after taking leave to treat her narcolepsy. She was fired for reported insubordination. The line between “minister” and others wasn’t clearly defined, but plaintiff did teach religion and led religious ceremonies. Thus, the court held, the ministerial exemption applied.

It was thought that the ministerial position as it related to teachers at such schools might be clarified if the case of Hutson v. Concord Christian School LLC was advanced. In that matter, the religious school employer in Tennessee declined to renew the contract of a female teacher who became pregnant out-of-wedlock, against church doctrine. She was told she could return “once things settled down,” which she understood to mean once she married the father of her child. The child’s father, a volunteer Sunday School teacher at the church, was not asked to resign. Plaintiff insisted she was not a “minister” under the SCOTUS’s previous ruling. Last month, however, a federal judge for the U.S. District Court in Knoxville granted a defense motion to dismiss. It is not clear if plaintiff will appeal.

In the Hosanna-Tabor decision, the SCOTUS instructed employers not to look solely to an employee’s title but also their duties and whether religious instruction was a central function of the job.

In the pending California teachers’ claims, plaintiffs allege that religious groups are trying to have the definition of “ministerial” to mean any employee who performs any religious function – even if that employee has no religious training. That could potentially exempt virtually all employees of religious schools of pursuing compensation for almost any kind of workplace discrimination. In one case, a former fifth-grade teacher alleged her contract was not renewed after she informed them she could not come to work because she was being treated for breast cancer, a claim that would typically fall under the ADA. In the other case, a fifth-grade teacher at a different Catholic school said she was demoted in retaliation after she filed a complaint for age discrimination. Both schools sought exemption under the ministerial exception.

The 9th Circuit Court of Appeal held that the teachers in both cases should not be considered “ministers” under the ministerial exception, and thus should be allowed to continue with their claims. The cases are being combined for purposes of review by the U.S. Supreme Court, and oral arguments are expected to take place next spring.