American actress and voice artist Gabrielle Union was a popular fixture on America’s Got Talent this past season. Fans were shocked by NBC’s seemingly abrupt announcement that she wouldn’t be returning for a second season. Many more were troubled by allegations that followed – specifically that they were axed for complaining that the culture on set had become “toxic,” with Union and co-host Julianne Hough reportedly receiving multiple complaints that their hairstyles were “too black.” 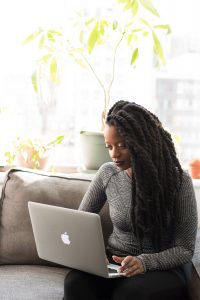 The timing of the incident is noteworthy for the fact that it comes just a few weeks shy of California’s CROWN Act becoming law on Jan. 1, 2020. Also known as Senate Bill 188, the measure shields black women and men from workplace discrimination for wearing natural hairstyles. California was the first in the country to sign such a law. New York and New Jersey have become the second and third, several cities have done the same and more may follow.

As our workplace racial discrimination attorneys in Los Angeles can explain, these laws ban polices that penalize people of color for wearing their hair in natural curls, twists, dreadlocks, braids or other styles that embrace their cultural identity. Black women in particular have said they have felt pressure for decades (if not longer) to use chemical relaxers, weaves, excessive heat and other measures to conform to the straight hair standard of European hair. One analysis by Nielsen found that black consumers spent nearly $475 million on hair care just in a single recent year. Pressure to do so, many black women have said, is from schools or employers who refuse to accept braids or natural locks as a “neat” or “professional” hair style.

And it’s not just black women, either. Recently, a college football player for Penn State posted to Twitter a letter one of his black teammates received asking him to cut his dreadlocks and “clean up his appearance.” In New Jersey, a high school wrestler was made to cut his dreadlocks before he was allowed to compete in the match.

Title VII is the federal law that prohibits workplace discrimination on the basis of race, gender and religion. Attorneys have argued in civil rights cases that natural hair should be included in that statute, though there hasn’t been a consensus about that in federal courts.

With The Crown Act soon going into effect in California, our attorneys handling racial discrimination cases urge employers to take a step back and consider whether employee dress codes and grooming policies might have an adverse and unfair impact on some groups compared to others.

Advocates are increasingly calling for a change to national laws. In Alabama, a company rescinded a job offer to a customer service representative because she declined to cut her dreadlocks to align with the company’s grooming standards. (A manager reportedly told her that dreadlocks “tend to get messy.”) A federal judge ruled that hairstyles, even those closely associated with a certain ethnic group, are mutable characteristics, and thus not entitled to protection under Title VII. That ruling was affirmed by the 11th Circuit Court of Appeals. The U.S. Supreme Court declined to review that decision.

That doesn’t mean the case lacked merit or that the SCOTUS won’t ever again hear a case on the matter. (In fact, it may have been more of a technical matter. The case had originally been filed by the EEOC, which declined to appeal to the case to the SCOTUS. The NAACP asked the court if the subject of the case could intervene as a petitioner, but the SCOTUS denied that motion without explanation.)

In other words, employers shouldn’t take that decision as carte blanche permission to fire or refuse to hire people on the basis of their hairstyle – particularly not in California.

Gabrielle Union Was Reportedly Told Her Hair Was “Too Black” for America’s Got Talent, Nov. 29, 2019, By Neha Prakash, Allure Magazine