A woman who was fired by her boss for being sexually “irresistible” will have her lawsuit re-examined by the state supreme court in Iowa,  following the court’s almost unheard-of move of unanimously withdrawing its earlier ruling  in the case. 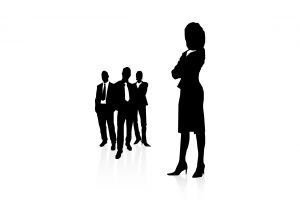 Our Costa Mesa gender discrimination lawyers are pleased to hear that this is something the court is reconsidering. Although the ruling never had a direct impact on California workers, the precedent it set for future cases was deeply troubling.

According to media accounts, the plaintiff worked for 10 years as a dental hygienist in a small office with a boss with whom she got along well. However, she said she was blindsided one day when he told her she was fired because she was a threat to his marriage because she was “irresistible.”

And not that it fundamentally changes matters, but the plaintiff was and continues to be married, a mother of two and maintains she never engaged in an inappropriate or sexual relationship with her boss. Her boss’s wife also worked at the office.

The original lawsuit alleged that in the six months prior to her being fired, her boss began to probe into more personal matters of her life. He began sending her text messages, sometimes about mundane matters such as their children’s activities. Other times, however, those messages were explicit, in one instance asking how often she experienced orgasms.

Another time, while at work, the dentist made a reference to what he assumed was his employee’s inactive sex life, saying that such a thing was like having a luxury garage in the car and never driving it. In yet another instance, he told her that if she noticed his pants bulging, she would know that her clothing was too tight.

The plaintiff said though the messages and statements made her uncomfortable, she never explicitly spoke up and told him to stop because she feared she might lose her job.

A short time later, the dentist’s wife discovered the text messages. She ordered him to fire the female employee. The couple then consulted with a pastor at the church, who advised that a working relationship between the dentist and his employee was not likely if he hoped to salvage his marriage.

So, he fired her.

The employee sued on the basis of gender discrimination, and the case made it all the way to the Iowa Supreme Court. The seven male justices on the high court found that the dentist was within his rights to fire his long-time employee, despite the fact that she had an excellent work history.

An attorney for the defendant argued that his client didn’t fire the worker because of her gender. He fired her because “her behavior and dress was not appropriate in the workplace” and “she’s an attractive lady.”

And perhaps this is why the court is now reconsidering. Public opinion toward the ruling has been scathing.

For the sake of employees in Iowa and everywhere, we do hope the court ultimately reaches a different conclusion.