It’s being touted as one of the most consequential bills that would bolster employees’ ability to organize that the U.S. has seen in 80 years. The Protecting the Right to Organize Act, H.R. 2474, is slated to go before the U.S. House of Representatives next week, where it’s likely to pass. Unfortunately, it’s unlikely to gain much traction in the Senate, but it does signal an increasing push toward progressive labor legislation. 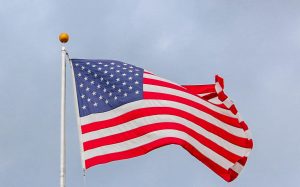 If enacted, the PRO Act would alter decades-old federal labor laws to shift more power to workers. This would extend to situations involving:

Right-to-work laws, which is exist in 27 states, would also be weakened under the PRO Act.

Legal scholars are referring to it as one of the most ambitious labor laws to be considered by Congress in some time.

Currently, absent penalties for employers who retaliate against unionizing workers, there is little incentive to follow the law. Roughly 40 percent of businesses whose workers take a pro-unionization vote are later charged with violating federal anti-retaliation laws, according to the Economic Policy Institute. The PRO Act would imbue the National Labor Relations Board with authority to impose a fine of up to $50,000 per violation.

Our longtime Orange County labor lawyers know that workers rights and income inequality have increasingly come front and center in terms of issues that concern Americans, especially here in California, where a mountain of new labor laws have just gone into effect. One of the more controversial, AB5, aims to give more rights to contracted workers and limit the amount of workers who can be labeled “contractors” rather than employees.

Research has shown that potentially millions of workers are misclassified as contractors when in fact they are employees. This was at the core of the push for passage of AB5. The PRO Act would also make it more difficult to wrongly categorize workers as contractors, but specifically in the context of those seeking to organize or join a union.

The measure would also block companies from permanently replacing workers who go on strike, and it would also give employees the power to file private lawsuits for National Labor Relations Act violations.

As it now stands, only about 10 percent of Americans are members of a union, with worker advocates opining that largely due to the fact that it’s so difficult to form one without facing illegal retaliation. Yet deterrence against practices of unfair labor have been whittled away over the last several decades.

PRO Act has enough sponsors to pass the bill in the House. Though it’s chances in the Senate are slim, it might serve as a barometer of the political temperature. Additionally, House members who vote against it may find themselves in a tougher spot in battleground states during the upcoming election.

Meanwhile, the NLRB recently (and quietly) last year rolled back several of Obama’s regulations that allowed workers to wear pro-union insignia and buttons without fear of retaliation. In December, the NLRB rule in a divided decision that private sector employers should be allowed to enact policies restricting pro-union sentiments, citing the desire to protect merchandise from vandalism and improve customers’ shopping experience.

If you think you have been misclassified as a contractor in Orange County, we can help.

Congress’s most ambitious attempt to strengthen unions in years is set for a House vote next week, Jan. 29, 2020, By Eli Rosenberg, The Washington Post