A recently-released Starbucks advertisement in the UK has been hailed for its progressive take on gender identity acceptance. A barista asks for the name of a customer for use on a coffee cup. He gives her the name with which he identifies – not his “deadname,” the one he was given at birth. The commercial has won an award for helping to address the transgender community’s lack of representation in advertising. 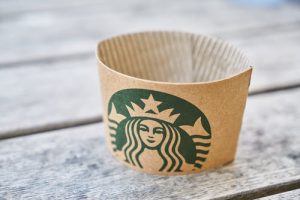 However, employees with the company say they have faced transgender discrimination at multiple locations across the country. Employees say they have been outed, misgendered, confronted by their deadnames in company software and had difficulty accessing gender-affirming medical treatment under the company’s medical insurance plans.

Some employees say they had to be transferred to new locations due to these issues and harassment – only to experience the same type of treatment at the new location. One former employee told BuzzFeed he complained about the situation to corporate, but didn’t hear any response until he took his complaint to Twitter. It was only then a spokesperson for the company apologized and promised to investigate. The worker said that while the company appears to be trying to make changes at the corporate level, addressing it at individual stores has proven challenging.

A spokesperson for the company told Buzzfeed News that intentional misgendering is unacceptable conduct that does not align with company policies on anti-harassment and anti-discrimination. The corporation has had a set of Workplace Gender Transition Guidelines for more than 10 years now, and the company’s insurance plan is supposed to cover surgery for gender reassignment.

For two decades, federal courts across the country have held that U.S. laws against gender discrimination in the workplace – including the Title VII employment law – are applicable to transgender people.

However, the case of R.G. & G.R. Harris Funeral Homes Inc. v. EEOC, pending before the U.S. Supreme Court could result in a landmark ruling on this issue. In that case, plaintiff for years considered herself transgendered, but presented herself as male. In 2013, she came out to family and friends, arranged to undergo gender reassignment surgery and began presenting herself as a woman before the transition. At the time, she’d been employed at a funeral home for six years. She maintained an excellent work record. When she informed her employer that she’d be returning to work from vacation in attire appropriate for female employees (per the employee handbook), she was fired. Following a complaint, the EEOC agreed to take on her case against the funeral home. The district court sided with the funeral home, finding neither gender identity nor transgender people were protected classes and that employer’s devout Christianity would not allow him to accept gender changes. The U.S. Court of Appeals for the Sixth Circuit reversed, finding “discrimination by sex” does, in fact, include transgender persons and that the employer failed to show how discrimination against this employee protected his freedom of religious expression.

The case was argued before the Supreme Court in October and a ruling is expected this year.

In California, LGBT worker rights are protected under the California Fair Employment and Housing Act. That means employers, housing providers and businesses are not allowed to discriminate against someone because they identify as transgender or are gender non-conforming.

If you believe you have been the target of LBGT discrimination in California, our Los Angeles LGBT discrimination lawyers are available to answer your questions and weigh the viability of your case.

TRANSGENDER RIGHTS IN THE WORKPLACE, California Department of Fair Employment and Housing