Little Saigon is a neighborhood that is south of Los Angeles that is home to many people of Vietnamese heritage.  Many of the Vietnamese immigrants who came to America and settled in Little Saigon are very much against the communist party, since the communists assumed control of their homeland following the Second World War.  This was the primary reason for America’s participation in the War in Vietnam. 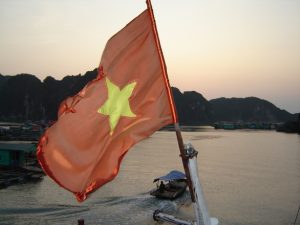 According to a recent news story for the Orange County Register, officials for the area are very upset about an Assembly Bill (AB 22) that, if passed into law, would prevent state employees from being fired based upon membership in the Communist Party.  This is actually currently allowed under a law that was passed during the 1950s during the Cold War.  AB 22 passed in the State Assembly by a margin of 41 to 30. There was not a single yes vote from Orange County, and that is likely due to the opposition of this law from the many Vietnamese residents.Little Saigon is the largest enclave of Vietnamese residents that is not located in Southeast Asia.  It is also home to many refugees who came to America in 1975.  This attitude against the Communist Party is not unique to Vietnamese immigrants. In Miami and South Florida, for example, many Cuban refugees who fled from Castro are equally against any legislation that is seen as favorable to the Cuban government.

One thing that is important to note is that you should keep a journal of every incident in which you believe you are the victim of discrimination while on the job. While being fired or turned down for a job for being pregnant is fairly obvious, being turned down for a promotion can be more subtle. The more detailed records you can keep and present to your employment lawyer, the better your chances of a full and appropriate financial recovery in your employment discrimination lawsuit.

The original law that allowed a person to be refused a position or fired for membership in the Communist Party uses the classic language form the U.S. House Un-American Activities Committee (HUAC) that was in place from 1938 to 1975.  This was language pertaining to any group that is aiming to overthrow the Government of the United States and is generally only applied to the Communist Party. This language is constitutional, because members of the Communist Party are not considered to be a protected class by the analysis of the U.S. Supreme Court.

Little Saigon upset over California bill that would prohibit the firing of state workers who are Communist Party members, May 10, 2017, By Chris Haire, OC Register