The Court of Appeals in New York has issued an opinion stating that Starbucks shift supervisors may share in the barista tip pool, despite their supervisory role. 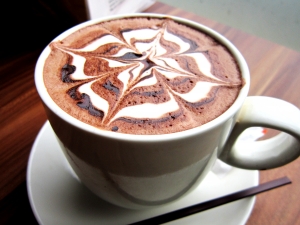 Our Costa Mesa wage attorneys recognize that a similar case out of California was the catalyst for this ruling.

The coffee powerhouse had initially been ordered in 2008 by the San Diego County Superior Court to pay some $86 million in restitution to baristas nationwide for improper tip practices, plus another $20 million in interest. The lawsuit centered on the exact same issue: Should shift supervisors be allowed to share in those tips?

Most states forbid supervisors from dipping their hands into employee tips jars. In California, this law is found in Section 351 of the California Labor Code. This statue expressly states that, “No employer or agent shall collect, take or receive any gratuity or part thereof that is paid, given to or left by a patron or deduct any amount from wages due an employee on account of gratuity…” The law goes on to state that tips are the sole property of the employee or employees to whom they were paid.

However, the argument for shift supervisors in these cases has always been that the shift supervisors perform many of the same functions as lower-level baristas. The primary difference was added responsibility to manage certain monies after each shift. Starbucks contended that 95 percent of the time, shift supervisors were doing the exact same thing as baristas, which is making coffee and taking orders. As such, gratuities were sometimes expressly meant for that shift supervisor who took the order or helped make the coffee.

Further, the coffee chain contended, shift supervisors don’t have any real authority to hire, fire or discipline other employees. However, the supervisors do on average receive about $3 more hourly than the baristas.

Ultimately, the California Court of Appeals reversed the lower-level ruling, siding with Starbucks and the shift supervisors.

This is essentially the same conclusion the New York Court of Appeals has now reached. According to The New York Times, the court found that while assistant store managers do have significant authority over other workers and don’t typically serve customers directly, meaning they can’t share in the tip pool, shift supervisors are different.

The court said the issue was mostly one of titles. While the individual was known as a “supervisor,” it was more like a restaurant serving staff captain. That is, they may have some supervisory responsibilities, but for the most part do not do different work from the other wait staff and are therefore eligible to share in the tip pool.

The court said that the slightest degree of supervisory responsibility does not automatically disqualify a worker from sharing in those tips under New York law.

Starbucks policy is to have the tip proceeds stored in a safe and then tallied and distributed weekly among the baristas and shift supervisors.

Although the court in this case sided with the company, there are many instances in which employers have been known to overstep their bounds. Tipped workers should not be shy about at the very least discussing what their rights might be in these situations. Consulting with an experienced California labor attorney will help you decide whether you have a case and how you want to proceed.