In this second entry of our two-part series on the rapid proliferation of temporary workers in California, our Costa Mesa employment lawyers continue to explore some of the vulnerabilities of these employees and the extent of the power they do hold. 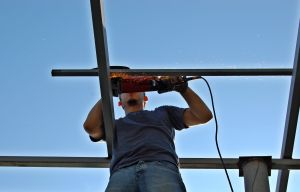 While the number of temporary workers throughout the country continues to grow, the number of individuals who will secure full-time employment as a result of these positions is low – about 30 percent. In the meantime, most will earn less than $25,000, some taking in less than half of minimum wage once various fees are factored.

Adjusted for inflation, today’s temporary workers earn about what farm workers of 50 years ago earned.

In many cases, temp agencies concentrate in towns known to have large numbers of undocumented immigrants for the simple fact that they can exploit their legal vulnerability. They can contract the labor cheaply and if the workers complain, they risk deportation.

ProPublica’s analysis of federal enforcement data revealed that temporary agencies rank consistently among the worst of the big industries in terms of wage and hour violations. A 2005 survey conducted by the U.S. Labor Department found that just 4 percent of temporary agencies have retirement plans or pensions which are extended to employees. Only about 8 percent have some type of health insurance plan. Compare that to 56 percent of full-time workers. What those companies don’t provide, taxpayers do in the form of Social Security, Medicaid, etc.

Even under the new Obamacare law, employers are only required to provide health insurance to those workers who average at least 30 hours weekly. Firms will have up to a year to determine whether workers qualify, which means there is incentive to keep those hours down per employee.

The government also doesn’t keep tabs on the number of injuries of temp workers. However, a recent study of workers’ compensation data compiled from Washington state found that those who worked temporary jobs in manufacturing and construction were twice as likely to be injured as regular staffers in the same industries doing the same types of work.

The Occupational Safety & Health Administration has been placing this issue on a higher list of priorities, announcing this past spring that they intended to initiate an effort to get better information on the matter.

In California, SB 940, which passed in 2008, defined temporary services employees in New Labor Code section 201.3 and outlined some of their rights. Among those:

If you are concerned that the temporary agency by which you are employed may be violating labor laws, contact our offices.

The Expendables: How the Temps Who Power Corporate Giants Are Getting Crushed, June 27, 2013, By Michael Grabell, ProPublica