In 2009, two Muslim truck drivers were fired from their jobs after they refused to make liquor deliveries. The truck drivers claimed their termination was a violation of their rights under Title VII of the Civil Rights Act of 1964. Title VII requires employers to make reasonable accommodations for the religious beliefs of their employees, unless making such accommodations would impose an undue hardship on the company. 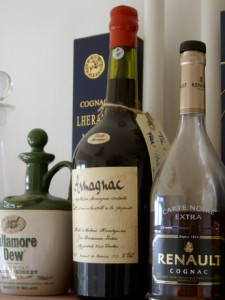 Los Angeles religious discrimination attorneys know workers have the right to continue working even in circumstances where religious beliefs conflict with some job responsibilities. The courts agreed the trucking company could have made accommodations for the Muslim truck drivers in this case. A U.S. District Court Judge ruled in favor of the two truckers when the trucking company admitted liability, and a jury was convened to determine an appropriate damage award. The jury deliberated for just 45 minutes before awarding $240,000 in damages and back pay to the truckers.

The Muslim truck drivers cited their religious beliefs for their refusal to deliver alcohol as part of their job tasks. The key question in determining whether this was appropriate grounds for termination hinged on whether the company could have made reasonable accommodations so the truckers could have continued working without making alcohol deliveries.

The $240,000 awarded to the truckers was intended to compensate them for the wrongful dismissal and for the pay they did not receive in light of the fact they lost their jobs due to an unreasonable failure to accommodate their religious beliefs.

This case was not the first and will not be the last in which an employer is held accountable for a failure to make reasonable accommodations for religion. Yahoo News reports the reason the case made national headlines was because some pundits criticized the courts for protecting the rights of the Muslim truck drivers while not extending the same protections to Christians who decline to serve gay couples. The case of Kim Davis, a Kentucky court clerk, was cited as a contrast. In the Kim Davis case, the clerk was briefly jailed for a refusal to issue marriage licenses to gay couples after the Supreme Court legalized gay marriage nationwide. However, the trucking case was different from the Kim Davis situation because elected public officials are exempted from some of the protections provided by the Civil Rights Act.

Further, the Civil Rights Act has protected Christians and people of all religions from workplace discrimination in many past cases where employers fired workers based on illegal religious discrimination. In one 2012 claim, for example, the Equal Employment Opportunity Commission represented a Jehovah’s witness who had been fired for refusing to raise the American flag. Raising the flag was against the employee’s religious beliefs, and the case settled due to the employer’s failure to reasonably accommodate those beliefs.

Anyone of any religion who believes their employer has treated them unfairly because of their beliefs should explore their opportunities for pursuing legal action to obtain back pay and damages.