Truckers have a tough job, working long hours, traveling long distances and navigating tough terrain with heavy machinery. The job can be made even more difficult when bosses engage in racial discrimination. 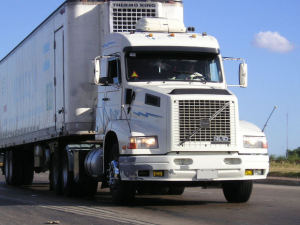 Yet time and again, we hear about trucking companies discriminating against their workers on the basis of race. They may assume that because truck drivers are isolated from others in the company, workers may not learn how pervasive the problem is. Employers may also assume that because drivers may have limited job mobility, they may be less likely to speak out.

What we are seeing in recent years, however, are a number of truck drivers who are succeeding in racial discrimination lawsuits. The most recent case involved seven truckers working for the same Denver, Colorado-based firm.

According to news reports, a judge found the trucking firm discriminated against black workers in all phases of employment, from hiring to firing to work conditions to pay, to vacation, to discipline, to favorable shifts to benefits to wages. White workers were given more favorable assignments, while black workers were given less favorable treatment. Supervisors reportedly called black employees racist names, and also allowed other employees to do so as well without consequence. White workers earned double what black workers did, regardless of seniority. On one occasion, a white worker shouted that all black people should be shot. He was never disciplined.

When a white worker complained about the treatment of his co-workers, he was terminated.

This discriminatory and openly-hostile environment was pervasive for years.

Seven employees sued, and the trial judge ultimately ruled in favor of the workers, recently awarding $318,000 in economic damages, $650,000 for emotional distress and $13 million in punitive damages.

The company has said it plans to appeal the decision.

This is far from the first time the trucking industry has been at the center of such controversy involving racial discrimination. Last summer, a federal jury in North Carolina awarded nearly $250,000 to two former truckers, both African Americans, who were subjected to offensive racial slurs, ongoing harassment and a generally racially hostile work environment.

The general manager at the firm reportedly engaged in this behavior, and a co-worker once handed a trucker a noose and asked him if he wanted to hang it from the family tree. The other worker said that when he was first hired, he was the only African American worker, and a supervisor called him the “token black.”

The workers reportedly complained numerous times, but no corrective action was taken and in fact, they pair faced retaliation for their complaints.

In 2012, another North Carolina-based trucking firm settled a claim of racial discrimination for $120,000 after the Equal Employment Opportunity Commission alleged the company overlooked qualified African American workers over white workers. In one case, a supervisor reportedly openly stated he did not wish to work with black drivers.

The company later filed for bankruptcy.

In yet another case, one of the world’s largest retailers, Wal-Mart, settled a racial discrimination lawsuit in 2009 amid allegations several of its Southeastern U.S. distribution centers rejected black truck driver candidates on the basis of race. In addition to paying $17.5 million, the company was also required to hire a diversity recruiter.