It’s been 50 years since federal lawmakers passed a law intended to protect workers from discrimination in employment on the basis of old age. 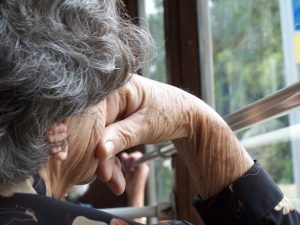 But it would seem we still have a long way to go on this front.

A new study – one of the biggest ever on age discrimination – has revealed that in terms of hiring, the problem persists to this day and that it’s on the whole far worse for women than men.

Many times, older job seekers will suspect they have been turned away based on age discrimination in hiring, but they fear they won’t be able to prove it.

The study conducted by researchers for the Federal Reserve Bank of San Francisco looked at ascertaining whether all other elements considered, employees were favoring applicants who were younger over those who were older. In order to control the data, researchers crafted resumes for fake applicants who had identical skills in three separate age cohorts. One of those groups was the “young” demographic, ages 29 to 31. The second was for “middle-aged” applicants, ages 49 to 51. The third was for “older” applicants, who were between the ages of 64 and 66. The researchers submitted the resumes from the phony applicants from each group, answering ads in fields that typically have high numbers of low-skilled workers of all ages.

The researchers said they couldn’t focus on higher-skilled positions for this particular type of study because realistic responses to applications that are fictitious were less likely in those cases. But in so far as the lesser-skilled applicants were concerned, study authors sent out 40,000 applications vying for 13,000 jobs in a dozen cities and 11 states. The study authors controlled for gender bias by sending only female resumes for secretary positions and only men’s resumes for security and janitorial jobs. Retail jobs contained resumes from both sexes, though of varying ages.

What they discovered doesn’t come as a significant shock to our employment attorneys: Among the five sets of applicants, young and middle-aged workers had much higher callback rates than older ones. The only difference in these cases was the person’s age.

This has been described as a double standard when it comes to aging. That is, while age discrimination affects both sexes, it affects women unequally.

Increasingly, this is going to be a bigger issue as the percentage of people age 65 and older in the U.S. is going to increase from about 19 percent now to nearly 30 percent by 2060. There is concern about the availability of programs like Social Security, given that people are living much longer than they used to when those programs were first enacted. That could mean we’ll need to encourage people to continue to working for much longer. But of course, this becomes more difficult when age discrimination stands as a barrier to gainful employment.