Washington Post reported there has been a significant increase in wage-and-hour lawsuits in recent years. Wage and hour lawsuits arise under the Fair Labor Standards Act and employees bring these lawsuits when they are paid less than the law requires; when they are not paid overtime properly; when they are incorrectly classified as contractors instead of employers; when they are victims of wage theft; or when other employee-protection laws are violated. 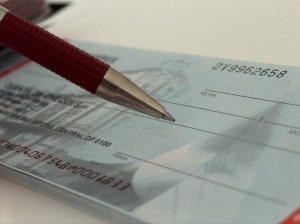 There are many reasons why more wage-and-hour claims are being filed. Employees and employers both need to be aware of the added potential for litigation of these types of claims. Employers must ensure they are complying with all laws related to paying workers so they don’t find their company the defendant in litigation. Workers also need to know what their rights are and how to seek legal remedies when those rights are violated.

The Rise in Wage and Hour Claims

There are a number of possible reasons why wage and hour claims have been increasing so dramatically over the past decade-and-a-half. One big issue is the Department of Labor has cracked down on the misclassification of employees as independent contractors. This misclassification can be extremely significant for employees. An employee is entitled to many more benefits than an independent contractor, including overtime. An employee also has a portion of Social Security taxes paid by an employer, whereas an independent contractor is responsible for his own withholding and must pay his entire Social Security and Medicare tax.

Another reason why wage and hour claims are increasing is because of the decline in union membership. Many cases in the past traditionally arose out of laws governing relations between labor and management, but did not focus as much on wage and hour issues because these issues were usually resolved via contract enforcement actions. Cases arising under the National Labor Relations Act have declined dramatically from 1,744 in 2000 to 725 in 2015, at the same time as there has been such a significant rise in claims arising from the Fair Labor Standards Act.

The shift to a service-based economy has also caused ambiguities regarding who is an employee and who is an independent contractor, as well as ambiguities regarding when an employee is actually at work. These issues need to be litigated so employees have a better understanding of their rights and employers have a better understanding of their obligations.

In situations where employees believe they have been victimized by a violation of wage and hour laws, employees need to explore their options and pursue action.